Mazhya Navryachi Bayko 16 August 2019 Preview: Will Radhika Be Able To Save Saumitra?

In the preview of the next episode, the unknown person calls Radhika and tells her that Saumitra's life is in danger. 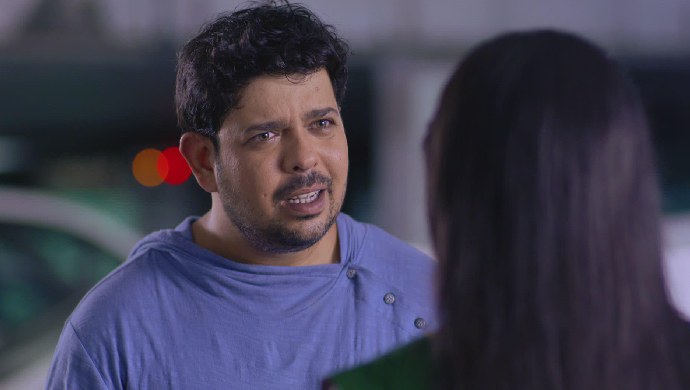 In the recent episode of Mazhya Navryachi Bayko, Radhika tells Saumitra that Gurunath never valued her emotions but when he came into her life, she realised how does it feel to be loved. She tells him that she has decided to value his love. She then tells him that she also likes him and agrees to marry him. Hearing this, Saumitra gets excited which draws everyone’s attention. Radhika is walking towards her car in the car parking. Just then, a car comes towards her and stops in front of her. Radhika gets a call from an unknown person calls and he threatens her.

In the preview of the next episode, Gurunath tells Mrs Sabnis and Shanaya to return Popatrao’s money and get rid of him. But Mrs Sabnis refuses to do so. Radhika is on her ways to go to the office. Her driver tells her that someone has intentionally punctured the tyres of her car. Just then, Radhika gets a call from the same person who called her to threaten her. This time he says that Saumitra’s life is in danger.

Gondya Ala Re Review: Bhushan Pradhan Impresses As Damodar In This Gripping Series