In Mazhya Navryachi Bayko, Shanaya tries to cheer Gurunath up but he insults her instead. 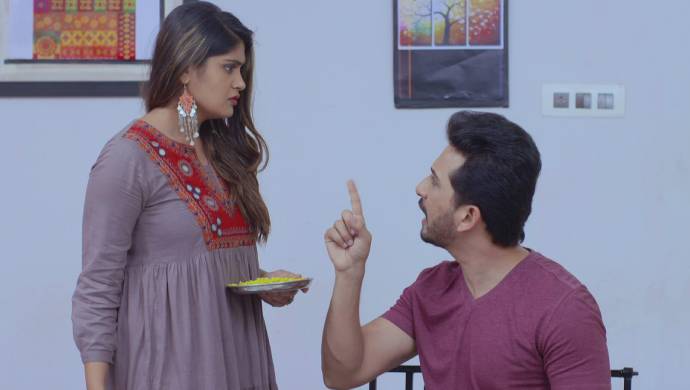 In the recent episode of Mazhya Navryachi Bayko, Shanaya spots a frustrated Gurunath crying. She tries to console him but Gurunath walks out after scolding Shanaya and locks himself in the room. Meanwhile, Radhika has gone for a morning walk. All the seniors of the Subhedar house admire Radhika’s sense of discipline. On the other hand, Radhika, who is with Revati, is stopped by Gurunath. He tries to convince her to change her decision of getting engaged to Saumitra, but Revati intervenes. She humiliates Gurunath for always troubling Radhika and Atharva and never caring for them. Then, Radhika finally tells Gurunath that there is nothing left between them so he should stay far away from her.

Shanaya calls Kedya to speak about Gurunath’s situation. Kedya and Shanaya agree that they both want to see Gurunath moving on from Radhika. Kedya suggests Shanaya that she should start doing things what Gurunath likes so that he becomes happy again. Meanwhile, everyone from Radhika’s side of the family is all set to go to the engagement revenue.

Saumitra is getting nervous and starts shouting at Anand who is trying to help him. Then, Saumitra calls Radhika to calm him down. During this, Saumitra comes to know that his father is not attending his wedding due to professional commitments. Meanwhile, Gurunath is still on his downward spiral. Shanaya makes his favourite dish but Gurunath shouts at her.

On the other hand, Radhika’s relative comes to the Subhedar house and shames Aai and Baba for getting their daughter-in-law remarried.