In tonight's episode, Gurunath refuses to become a witness and give testimony against Radhika and this is why Shanaya leaves the house. 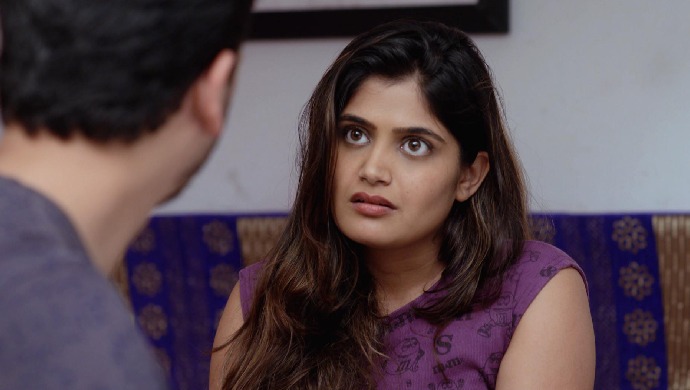 In the recent episode of Mazhya Navryachi Bayko, Radhika calls Anand and tells him that in case if she gets arrested then he has to take the responsibility of Radhika Masale. Urmila Mhatre pressurises the police inspector to take action. Just then, Saumitra arrives and tells the inspector that he cannot Radhika and gives him a document to read. He tells Urmila Mhatre that he has brought Anticipatory Bail for Radhika.

In tonight’s episode, everyone is happy that Saumitra came with the bail on time and saved Radhika from getting arrested. Nana comes home and tells Radhika that she is very lucky to get a partner like Saumitra. Later that day, Radhika gets a call from Saumitra’s mother and comes to know that he had slept in the car itself to avoid any delay in getting the bail from the court.

Meanwhile, Urmila Mhatre meets the government lawyer and tells him to make sure that Radhika is proved guilty. The latter tells her that all the proofs are against Radhika but still, he cannot guarantee the results. He then asks her to get more witnesses against Radhika. Urmila calls Shanaya and asks her to convince Gurunath to become a witness and give testimony against Radhika in the court. Gurunath refuses to do so. He says that he doesn’t wish to spoil Radhika’s life anymore.

Next day, Saumitra and his mother come home and tell Radhika that they want to spend some time with Atharva. Radhika leaves for work. Meanwhile, Gurunath wakes up in the morning and comes to know that Shanaya has left the house because he did not agree to become the witness. He sees Radhika waiting for her car and goes to ask her if she has seen Shanaya.