In Mazhya Navryachi Bayko, Radhika tries to test Gurunath but he comes to know about her true agenda. 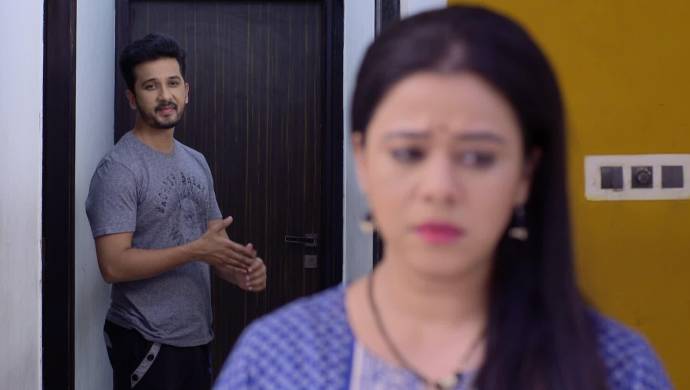 In the recent episode of Mazhya Navryachi Bayko, Revati and Radhika are discussing Gurunath as the latter admits to suspecting him more. Revati tells her plan to Radhika as they both decide to implement it. During their conversation, they come to know from Neha that Gurunath is fixing Mahajani couple’s television. Mahajani Kaka and Kaku are impressed by Gurunath’s kindness towards them. But, Radhika and Revati are shocked.

At home, Aai is happy to see a changed Gurunath. But, Baba and Radhika aren’t impressed with his behaviour as Baba even warns her. At home, Shanaya and Mrs Sabnis are trying to recreate the old Shanaya who had once impressed Gurunath. According to Revati’s plan, Radhika keeps Shanaya’s picture in between the folded clothes where Gurunath can find.

According to her plan, he finds the picture and understands the agenda with which Radhika has kept it. He then creates a ruckus about the picture and speaks to Aai and Baba about it. This is followed by Aai shouting at Radhika for keeping the picture in between the clothes. But, Baba takes Radhika’s side by asking Aai to stop blaming her daughter-in-law and blame Gurunath instead.