In Mazhya Navryachi Bayko, Radhika believes that Gurunath will take revenge on her and she decides to cut him out of the family. 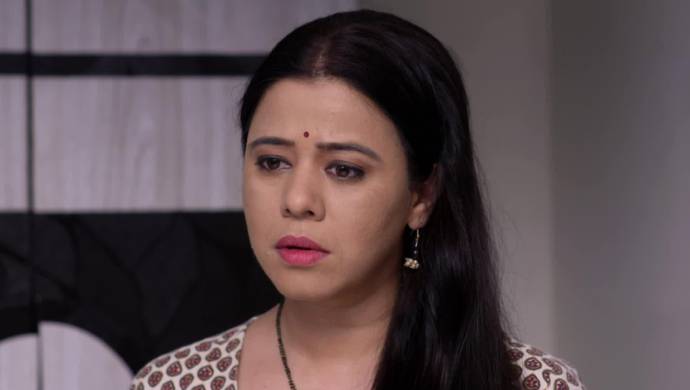 In the recent episode of Mazhya Navryachi Bayko, Radhika is alerted after seeing Gurunath in a bad condition. She thinks Gurunath will hold a grudge against her. She knows the way Gurunath’s mind works and prepares herself mentally for the worst attack from his side. Meanwhile, Gurunath is thinking about new ways to get out of his current situation. Radhika has blocked all his ways and brought him on the streets.

Popatrao is trying to convince himself that Shanaya loves him the same way as he does. During this, Shanaya and Mrs Sabnis enter his house. Mrs Sabnis lies to him that Gurunath lost Shanaya’s expensive watch. Popatrao says he will buy her a new one and Mrs Sabnis asks to give them 1 lakh to get the watch. Without thinking, Popatrao gives money to Mrs Sabnis. Shanaya is worried about Popatrao’s extreme obsession with her while Mrs Sabnis asks her to get married to Popatrao.

At Radhika’s office, Jenny reaches late. She complains to Radhika about Anand’s eating habits. As she is doing this, Anand enters from behind as they start arguing in front of Radhika. To calm their argument, Radhika gifts them a honeymoon package as their marriage gift. After Jenny goes, Radhika tells about her meeting with Gurunath to Anand.

Guruji warns Popatrao about Shanaya and Mrs Sabnis’s motives. They both decide to confront Shanaya and Mrs Sabnis directly about marriage. Shanaya reluctance is seen through the conversation. Meanwhile, Gurunath is missing Aai and Atharva. He wonders if they both miss him. On the other hand, Aai is crying thinking about Gurunath. During this, Radhika enters and spots her crying. She swears to Aai that Gurunath won’t ever come in their lives again.