Radhika makes Gurunath realise that he lost both his wives and she has won their bet. 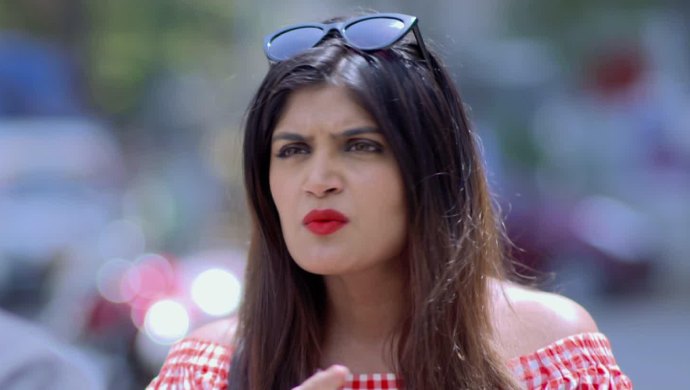 A hurt Shanaya still is thinking about the previous day as her mother, Mrs Sabnis brings her coffee in the latest episode of Mazhya Navryachi Bayko. She explains that Gurunath only to lied to Shanaya because he didn’t want to hurt her. But, Shanaya is sure that she doesn’t want to go back. So, her mom asks Shanaya to stretch this incident how much ever she can. On the other hand, Kedya calls Gurunath to apologise and empathise with his situation. He still wants Shanaya back. Kedya wonders how Guru can want her back despite Shanaya being so materialistic.

Shanaya comes to Gurunath’s house. He thinks she has returned home as he starts gloating in front Radhika and Aai. But, Shanaya goes to the bedroom and starts packing her bag. She is still furious at Gurunath and tells him the embarrassment she had to face on social media. Her friends made a meme because of which she had to leave social media. She is too ashamed of Gurunath’s job as a driver. Meanwhile, Mrs Sabnis tells Kedya that Shanaya is coming to stay with them, he is unhappy about how she is handling Shanaya and Gurunath’s situation.

As Shanaya storms out with her luggage, Gurunath follows her. On the road, he goes down on his knees and starts apologising to her in public. But, Shanaya isn’t ready to budge and starts screaming. Radhika who is with Revati intervenes and asks them stops the drama. Gurunath pleads her to stop Shanaya from going, but Radhika doesn’t help. She blames Shanaya that she couldn’t make her marriage work even for two months. Shanaya retorts by saying she never wanted to become a typical housewife like her. Mahajani Kaka and Subodh interfere but Gurunath screams at them. Revati says Radhika isn’t going to talk in Gurunath’s business. Finally, Shanaya announces that she is never going to get back home or patch up with her husband, if Radhika wants to divorce him then she should.

As she storms out, Gurunath starts crying. Radhika tells him that Shanya was always embarrassed by his profession because she doesn’t value it. Even for starting Radhika Masale, she had to sell her masalas on the roads and vada pav carts. But, Shanaya doesn’t understand all this. Radhika says she has always supported him for whatever job he has done because it was honest and there was hard work involved. Right now, Gurunath was on the right track but he got into trouble because of his Baccha. Now, he has lost both his wives. After she goes away, he calls Kedya and asks to meet him. Kedya advises Gurunath to stay away from Shanaya and her mom as they will always add to problems in his life. But, he isn’t in a mood to listen to him.

Meanwhile, if you have loved watching this show, check out the fun love triangle of Chitra Vichitram streaming exclusively on ZEE5.

Watch The Students Come Together To Perform A Play Based On Their Friend's Suicide!