In Mazhya Navryachi Bayko, Radhika suspects Gurunath and wants to know if he is faking his illness. 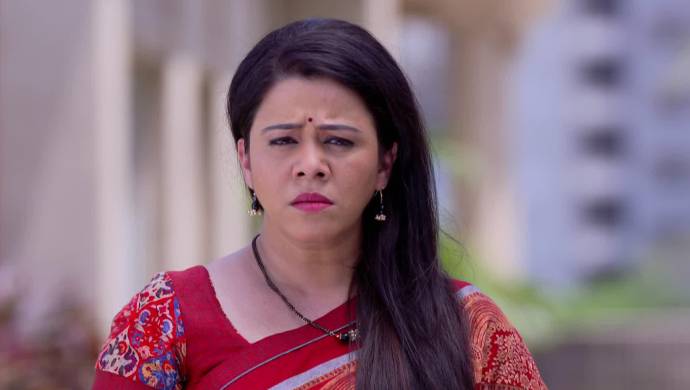 In the recent episode of Mazhya Navryachi Bayko, Radhika and Jenny are having a conversation at the office. She asks Jenny if she remembers any of her school friends as the latter says that she hardly does. Then, Radhika calls Saumitra asking him to meet her. After Gurunath’s slip of the tongue last night, Radhika doesn’t believe him until she verifies the truth. Meanwhile, Shanaya tries her own way of planning to get Gurunath’s memories back.

Gurunath thinks that to win Radhika’s trust, he has to first start being nice to the seniors of Gulmohar society. This will help win her heart. As he is planning this, Gurunath tries to pester Nana whom he spots on the road. Meanwhile, at Radhika’s office, she speaks to Saumitra and inquires about the woman named ‘Shona Bedi’. Saumitra says he doesn’t remember any woman of this name. Saumitra says he is very happy to see her back in the office. After talking to Saumitra, Radhika decides to keep testing Gurunath to get to the root of it.

Gurunath starts talking to Nana and Nani as if there is was no hatchet between them. They both are surprised after seeing Gurunath’s niceness. Meanwhile, Shanaya is angry after Mrs Sabnis slammed her plan. Shanaya’s mother tells her to recreate the scene of how Shanaya met Gurunath for the first time.

At Gulmohar society, Nana is not impressed even though Gurunath is nice to them. He says Gurunath has always been cruel to Radhika and made her suffer because of him.