In tonight's episode, after hearing Radhika's opinion about having a fancy wedding, Saumitra's mother gets furious and leaves the house. 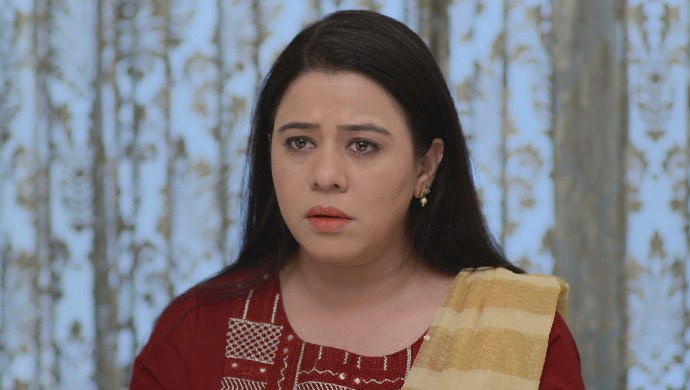 In the recent episode of Mazhya Navryachi Bayko, Shanaya brings Mrs. Sabnis home, and tells Gurunath, that she will be staying with them. Seeing her sweet behaviour, the latter gets confused and asks Kedya to find a solution. On the other hand, Radhika explains to a girl that having a lavish and luxurious wedding is simply a waste of money, especially if the family isn’t very well to do.

In tonight’s episode, Radhika comes home and sees that all the family members are discussing the wedding plan, which includes Saumitra’s mother too. Baba tells her that Saumitra has suggested having a destination wedding. Radhika tells everyone that she does not want to have a fancy wedding, as she thinks it is a waste of money. Saumitra gets confused and asks her the reason. The latter then tells them about Bhaurao and his daughter.

Saumitra’s mother gets furious and leaves the house. Meanwhile, Gurunath goes for a job interview and gets rejected, due to the fraud that he had carried out, at Radhika Masale. He then meets Kedya and tells him that Mrs. Sabnis is planning to get Shanaya married to someone else. Later, when Gurunath returns home, he finds a list of wedding items, made by Shanaya’s mother.

How Does The Cast Of Agga Bai Sasubai Spend Time On Set? 7 Pics Inside For You…

Meanwhile, Saumitra tries talking to his mother but the latter asks him to avoid the topic for a while. On the other hand, Aai and Baba explain to Radhika, that her opinion about not having a fancy wedding was right, but the way she expressed it was wrong. Aai advises Radhika that she should have thought it through, before expressing her opinion because Saumitra’s mother might have felt disrespected. The latter realises her mistake and calls Saumitra. He assures her that he will talk to his mother and that they won’t be having a fancy wedding, as even he agrees with her opinion.