Shanaya cries and breaks up with Gurunath. 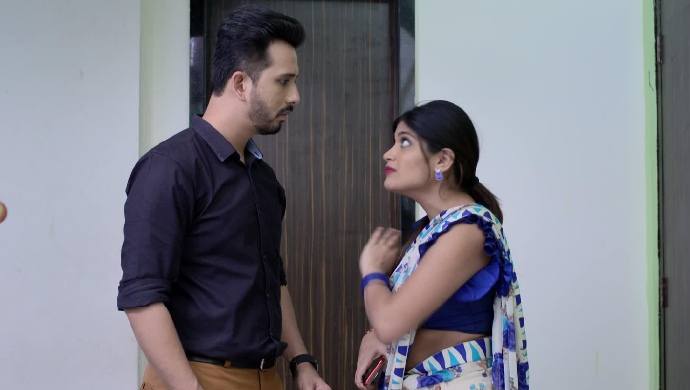 In the recent episode of Mazhya Navryachi Bayko, Shanaya’s friend gets to know that their cab driver is Gurunath. She plans to reveal this to Shanaya who doesn’t know the truth behind her husband’s ‘real’ job. Gurunath tries to hide his face from her after understanding his customers are Shanaya and her friends.

Watch the sneak peek below.

As they drop Shanaya at her place, everyone gets out of the cab. Her friend asks the driver to step out. Gurunath does so hesitantly as Shanaya recognises him. She feels humiliated and turned away by her friends as he is a driver. Shanaya demands to know why he lied to her and more importantly why he is a driver. She starts crying and leaves for her mother’s place. Gurunath follows her home but he is thrown out by her mom.

When he reaches home, Aai tells Gurunath that Shanaya left him because he is a driver. He refuses to believe that and says she is just angry and she will return soon.

Do you think Shanaya and Gurunath will ever patch up? Let us know your thoughts in the comments below.

ZEE5 Original Kaali Shows A Mother's Race To Save Her Son In One Night. Watch Now!