In Mazhya Navryachi Bayko, Gurunath wants to accompany Radhika to the office but the latter doesn't allow him. 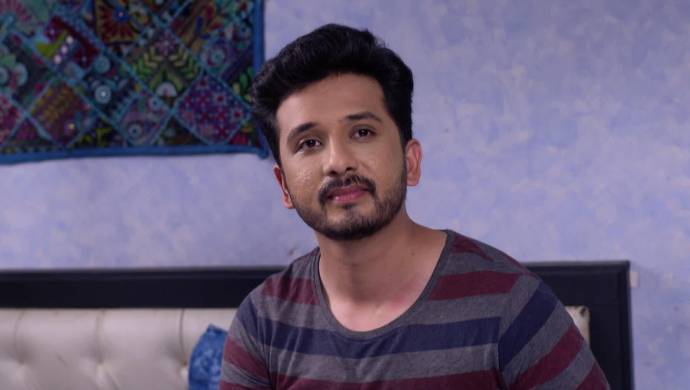 In the recent episode of Mazhya Navryachi Bayko, Shanaya feels that Gurunath doesn’t remember her. She calls Gurunath, who decides to talk to her like he has forgotten her. Shanaya desperately tries to convince him of their marriage but Gurunath pretends like he doesn’t remember and hangs up the call. Meanwhile, Radhika goes to Revati’s place to speak to her about Gurunath’s memory loss. Radhika says she believes in Revati’s suspicions that Gurunath is pretending to be ill. Radhika wants to collect proof first before accusing Gurunath of anything.

Revati confesses that she is proud of Radhika who has grown to be independent of Gurunath. Revati tells Radhika since he is with her throughout the day that she can use the opportunity to test him on all occasions. Radhika says if Gurunath fails this test then she is going to teach him a lesson that he will never forget. Radhika and Revati take up this mission against Gurunath.

Mrs Sabnis and Shanaya decide to recreate Gurunath’s past and make him remember his second marriage with Shanaya. Meanwhile, in the bedroom, Radhika tests Gurunath as advised to her by Revati. Radhika plays a game with Gurunath during which a slip of tongue happens from him and he has to make something up. Instantly, Radhika starts doubting him. Radhika doesn’t believe what he has to say as she decides to test Gurunath even more. The following day, when Gurunath wishes to come with Radhika to her office, the latter doesn’t allow him to accompany her.