Shanaya spots Maya and Gurunath holding hands. She exposes Gurunath in front of her and ends her marriage with Gurunath. Detail below 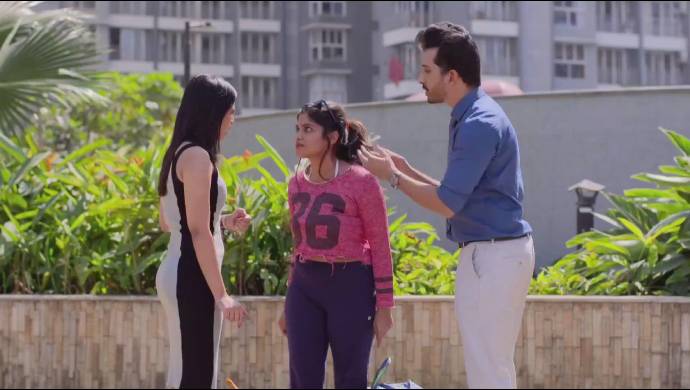 In tonight’s episode of Mazhya Navryachi Bayko, we see that Atharva’s birthday celebration is happening beautifully after Gurunath lefts from there. Everyone is enjoying themselves and playing various games. Gurunath, who somehow manages to slip from the hall without getting caught by Maya regrets that he couldn’t celebrate his son’s birthday and also could not give him any gift. He decides to give a special gift to Atharva and rushes to nearby shops with Kedya.

When Gurunath is selecting the gift in the shop, he receives a call from Maya. She asks Gurunath, where was he. Gurunath lies to her that he is in hospital as he is not feeling well. Maya tells him to get some rest and she’ll see him soon. Later, when Gurunath was going to give Atharva his gift, Maya spots him. She feels cheated as Gurunath had lied to her. She follows Gurunath to find out what he has been hiding from her.

Gurunath gives the gift to Atharva and he is more than happy to get his favorite remote control car. Radhika and others tell him to return the gift and she’ll buy a similar car for him. Atharva refuses to listen to her which makes her angry. Saumitra tries and confronts her by telling her that Atharva shall not be included in their personal fights.

After giving the gift to Atharva, when Gurunath comes to know that Maya was standing right behind him. He tries to explain Maya and soon Shanaya sees the two together holding hands. She immediately rushes and asks Gurunath about his actions. She also clears with Maya that Gurunath is her husband. Shanaya also tells Gurunath that their marriage is over and she has no interest in him.