In tonight's episode, Radhika summons everyone at home and apologises to Saumitra. She says that she needs some more time to take the decision. 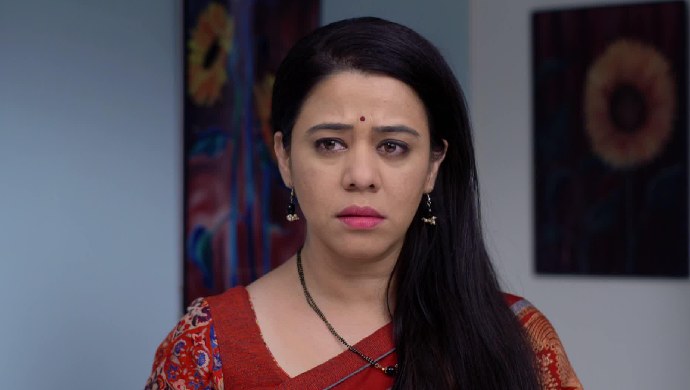 In the recent episode of Mazhya Navryachi Bayko, Anna and other neighbours try to convince Radhika to think about Saumitra. They tell her that he is a good person and will definitely keep her and Atharva happy but the latter refuses to listen to them. Meanwhile, Anand tells Saumitra that he has done the right thing by expressing his feelings to Radhika. Later, Aai tells Radhika that Gurunath has already moved on with Shanaya and she must do it too.

In tonight’s episode, Radhika calls Saumitra and tells him that she has taken her decision. She asks him to come home the because she wants to announce her decision before everyone.

Next day, Saumitra comes home and sees that everyone has already gathered. Just then, Radhika comes there and apologises to him for behaving rudely. She says that she, despite being his close friend she couldn’t understand his feeling and she feels guilty. She adds that she needs more time to think of the proposal because her mind is not allowing her to think that way. Saumitra understands her situation and asks her to take as much time as she wants.

Later that day, Saumitra is curious to know Radhika’s decision. Anand asks him to relax and wait for the day, she announces her decision. On the other hand, Radhika is thinking about rejecting Saumitra’s proposal but just then, her old self stands before her. She reminds herself to avoid the same mistake that she did a few years ago. The old Radhika reminds her of the time when Gurunath used to insult her and take her for granted. At last, the old Radhika convinces Radhika to marry Saumitra and start a new journey with him.