In Mazhya Navryachi Bayko, Radhika thinks Gurunath is pretending to be suffering from memory loss. 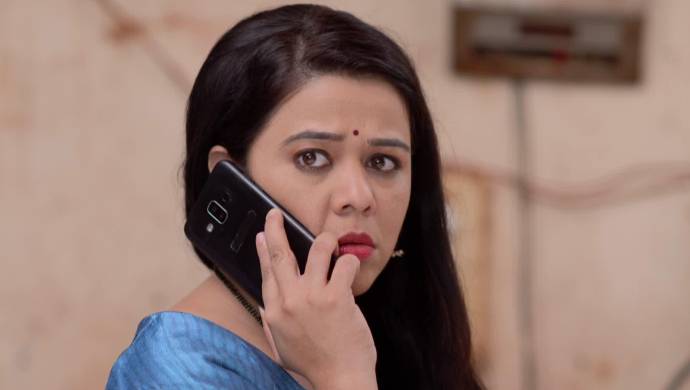 In the recent episode of Mazhya Navryachi Bayko, after Mrs Sabnis rushes back home, Gurunath keeps questioning Radhika about his past which she is hiding from him. Gurunath says he going to snatch back Radhika’s company just as swiftly as she had taken from him. After Mrs Sabnis reaches home, she is welcomed by Aai’s screaming. Aai starts telling that the mother-daughter duo should be away from Gurunath. Aai feels that the marriage between him and Shanaya isn’t valid as the latter trapped him.

Aai says if Shanaya comes in between Gurunath and Radhika, she will make her regret it. After much screaming, Mrs Sabnis says it was Gurunath who cheated on Shanaya and left her. After saying this, Aai challenges Shanaya and her mother and leaves. Meanwhile, at Radhika Masale’s office, Gurunath is understanding the know-hows of Radhika’s business. He compliments her yet again and asks her if he could accompany her for the field visit.

The field visit is to the Radhika Masale’s factory where Radhika goes to meet the employees and chat with them. Meanwhile, Aai tells the people of Gulmohar society that she fought with Mrs Sabnis. She tries to convince that she is right in trying to protect Gurunath and Radhika’s family from Shanaya. No one pays heed as Aai proclaims that regardless of what they think she is going to keep doing the same thing.

Kedya, Shanaya and Mrs Sabnis decide to make Gurunath remember his second marriage. Meanwhile, during the field visit, Gurunath remembers one of the employer’s names which makes Radhika suspect him.

Mazhya Navryachi Bayko 13 June 2019 Preview: Gurunath Tries To Save Himself?