In tonight's episode, Aai tells Radhika that Gurunath has already moved on with Shanaya and now she must do it too with Saumitra. 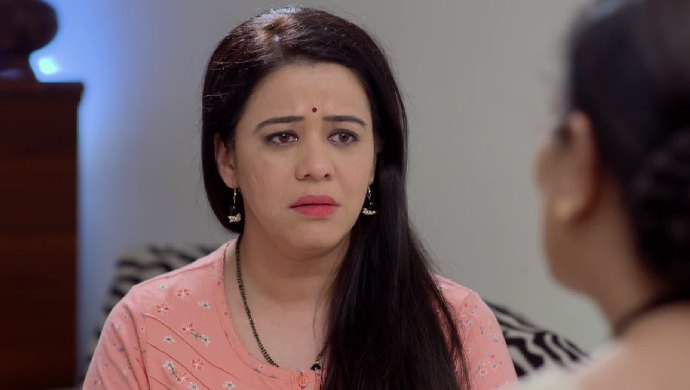 In the recent episode of Mazhya Navryachi Bayko, Radhika goes to Saumitra’s house and finds out that he is going to US forever. Meanwhile, Saumitra comes to say goodbye to Aai, Atharva and the neighbours. They ask him to wait but the latter tells them that he has made his decision. Saumitra is about to leave when Radhika arrives. She asks him the reason for leaving the country. He tells her that she is the girl whom he wants to marry and he knows that she won’t accept him which is why he decided to go away.

In tonight’s episode, Radhika learns that everyone was aware of Saumitra’s feelings yet nobody informed her. Anna and other neighbours try to convince Radhika to think about Saumitra as he is a good person and will definitely keep her and Atharva happy. The latter refuses to listen to them and says that she needs some time to think about it. Meanwhile, Anand tells Saumitra that he has done the right thing by expressing his feelings to Radhika. The latter is worried about Radhika’s decision but Anand convinces him to stop thinking about and be ready to accept Radhika’s decision, whatever it may be.

Later that day, Aai comes to Radhika and tells her that Saumitra is a good guy and she should consider him. On hearing this, Radhika gets shocked as she didn’t expect this from Aai. Aai tells her that Gurunath moved on when he married Shanaya and now it’s Radhika must do it too. She explains to her how difficult it is to live alone because, after a few years, even Atharva would get busy in his own world and at that time, she will need someone to be with her.

Gurunath is thinking about the things he had heard about Radhika and Saumitra. He tells this to Shanaya and she says that there is nothing wrong in it. Just then, Mrs Sabnis comes there and scolds Gurunath for being lazy and tells him to bring the grocery from the market.

Will Radhika accept Saumitra? Let us know your thoughts in the comments below.