Gurunath is pushed to ask Radhika to lend him money. 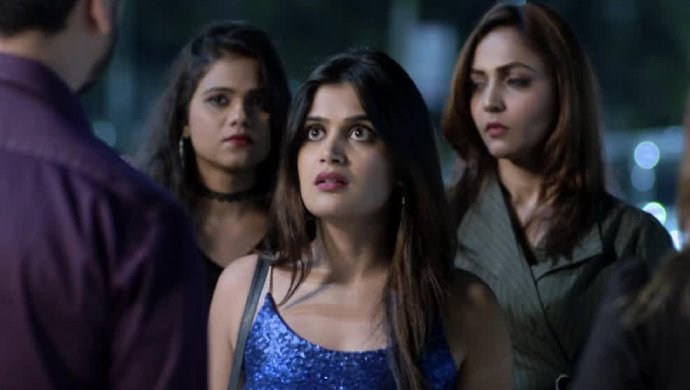 Gurunath has landed into major money trouble because of Shanaya in today’s episode of Mazhya Navryachi Bayko. She steals Guurnath’s client’s money and gives it to her mother. At the office, he is accused of robbing the cash and has been given a time frame of a day to retrieve the money or else he will lose his job. He asks helps from Kedya who is also running in debts. Gurunath thinks of taking the money back from Shanaya but Kedya tells him she might have already spent it.

Having no other option, Gurunath approaches Radhika to help him out of this situation. She is at the programme where she’s being honoured for her work. Gurunath tells her the money he had got home has disappeared. Radhika thinks he is accusing her at first and tells him to ask his ‘Baccha’ about it. But, Gurunath quickly clarifies and asks her to lend him fifty thousand rupees. Meanwhile, Shanaya is partying with her friends and sits in a cab driven by Gurunath. He sees her from the rearview mirror and tries to hide his face. But, her friends ask the driver (meaning: Gurunath) to step out and she is shocked to see him. Gurunath appears ashamed. Radhika and Saumitra witness this scenario.

What will Shanaya do now? Let us know your thoughts in the comments below.