In Mazhya Navryachi Bayko, Aai and Baba want to see Radhika happy in the absence of Gurunath. They encourage Saumitra to start a family with Radhika. 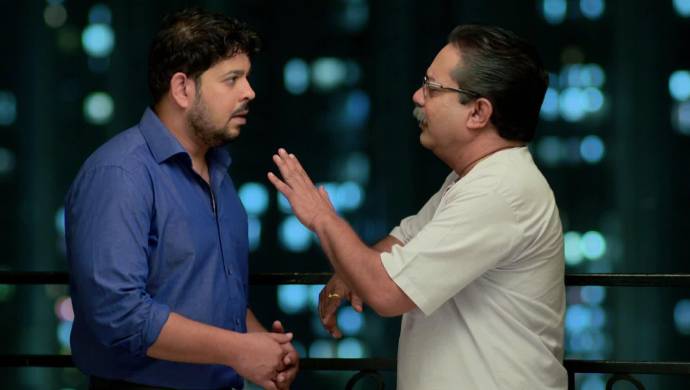 In the recent episode of Mazhya Navryachi Bayko, Aai is angry at Radhika for leaving the house without telling anyone. After Radhika returns, Aai shouts at her and then asks her about her trip to the NGO. Radhika is very motivated as she expresses her feelings in front of Aai and Baba. As Radhika goes to the bedroom, Aai takes this opportunity to apologise to Saumitra for humiliating him earlier. Saumitra is embarrassed by this gesture and he asks Aai to treat him as her own son.

Shanaya is upset and Popatrao tries to cheer her up. During their conversation, Mrs Sabnis enters and she is told about Gurunath’s incident. To celebrate this ocassion, Popatrao decides to have a biryani party. Mrs Sabnis’ plan is to keep Popatrao happy and take advantage of his richness.

On the other hand, Baba has a candid conversation with Saumitra. He tells Saumitra that Radhika is more like their daughter than their daughter-in-law. Then, subtlely he hints Saumitra to propose to Radhika for marriage as they know each other well. Saumitra isn’t sure if he should speak to Radhika about this so soon.

Gurunath returns to Kedya’s home and is still shaken by the whole episode with Popatrao. He still hopes to get Shanaya back as this makes Kedya furious. Meanwhile, Radhika instructs Jenny that they will get back all the projects which they have lost in the past.

For more entertainment, check out the superhit show Tula Pahate Re streaming on ZEE5.

This Unique Skill Of Mazhya Navryachi Bayko's Gurunath Will Stun You, View Pics