Will Gurunath listen to Kedya? Watch promo inside to know more! 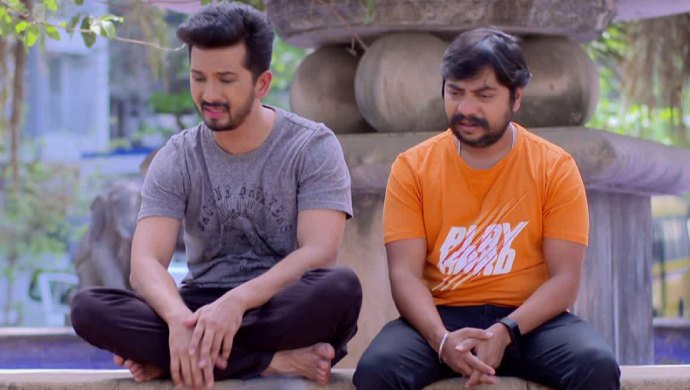 In tonight’s episode of Mazhya Navryachi Bayko, we saw Gurunath spotting Radhika and Soumitra together and getting worried. Later, Radhika goes back to her office and orders everyone to get back to work with a fresh mind. She tells Anand that she would like to have a meeting with the board of directors. Meanwhile, Gurunath spots Shanaya with Popatrao and gets insecure. He rushes upto her and pleads her to talk to him. But Shanaya refuses to do so and Popatrao is forced to intervene. The episode ends with him and Gurunath getting into a brawl.

In the upcoming episode, we will see Kedya reprimanding Gurunath on going after Shanaya. He will tell the latter that Shanaya is a selfish woman who has ruined his life and doesn’t deserve his attention. Radhika on the other hand will give herself a pep talk and aim towards making her brand big.

Stay tuned for more updates here! Catch all the episodes of Mazhya Navryachi Bayko, streaming for free on ZEE5.

Do You Agree With Sambhaji's Final Verdict On Anaji Pant? Watch Mazhya Navryachi Bayko On ZEE5!

Tula Pahate Re 10 July 2019 Written Update: Isha Forgives Vikrant And Goes Back To Him