In Mazhya Navryachi Bayko, Gurunath overhears people complimenting Radhika which makes him realise that he might have made a mistake. 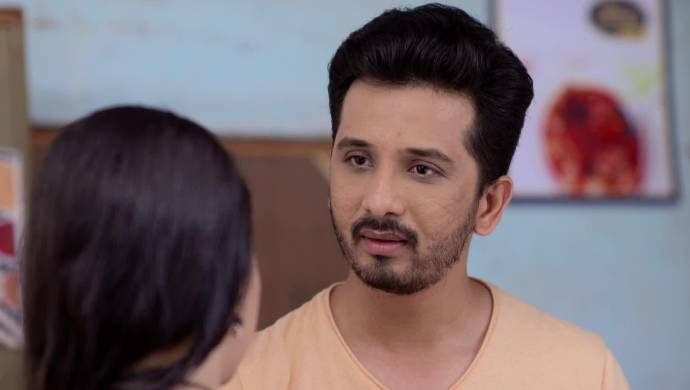 In the recent episode of Mazhya Navryachi Bayko, Radhika and Saumitra are talking over the phone. Saumitra says that his mother loved Radhika and her family. He confesses his dreaming of getting married to Radhika is finally coming true. During their chat, Saumitra warns Radhika about his father’s behaviour. Then, he requests Radhika if she can meet him at night. Radhika agrees and they decide to meet near the temple.

An angry Shanaya doesn’t want Gurunath to sleep next to her as she asks him to sleep in the hall. Gurunath tries to convince Shanaya that he doesn’t look at Radhika but she isn’t persuaded. She tells Gurunath that she wants to starve him. She accuses Gurunath of being insecure and failure and walks out of there.

At the temple, Radhika asks for Goddess’ blessings and expresses her thanks for always having her back. Saumitra asks Radhika about what she wished for but Radhika feels shy and doesn’t say anything. He says that he, too, doesn’t want anything. He only just can’t wait for Radhika to become his wife and come to his house.

The next day, Radhika and Revati are discussing Aai and Baba’s unselfish behaviour. Radhika feels grateful to have them alongside her. As Revati and Radhika are taking rounds in the building, Gurunath stops them. Revati asks him to get out of there but Gurunath doesn’t. He asks Radhika if she is getting engaged to Saumitra. Then, he gives Radhika a red rose which she refuses to accept.

Then, Gurunath goes to Kedya and keeps gushing about Radhika. He repents getting married to Shanaya and leaving Radhika.