In tonight's episode, Kedya asks Shanaya to give a deadline of 4 days to Gurunath so that he will come up with a plan to take revenge on Radhika. 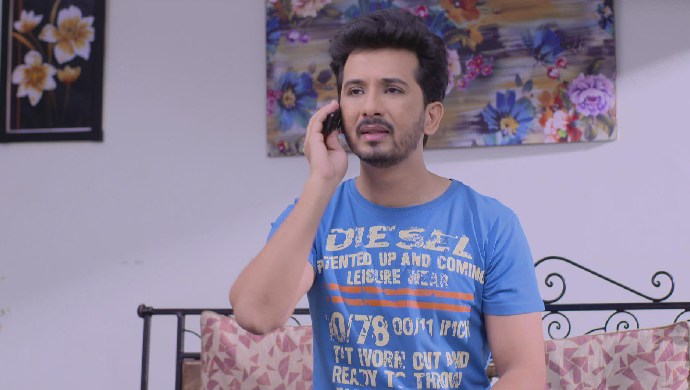 In the recent episode of Mazhya Navryachi Bayko, Radhika calls for a board meeting where she tells Rajwade that she is ready to take them back in the company if they agree to stop supporting Shanaya. Rajwade and Mahadik say that they will immediately cancel all their contracts with Shanaya-Gurunath. Shanaya puts the blame on Gurunath, saying that he still has feelings for his ex-wife, Radhika. Hearing this, Gurunath loses his cool and slaps Shanaya.

In tonight’s episode, Radhika and Saumitra get ready to go for the pooja at Radhika Masale. While Radhika is waiting for Saumitra to bring the car, Gurunath walks up to her and asks her why she ousted Shanaya from the company. The latter says that Shanaya never deserved the position. Radhika also warns Gurunath to stay away from her.

Later, Saumitra and Shreyas tease Jenny for wearing a traditional Gujarati Saree. Anand and Radhika support Jenny by saying that she looks perfect. On the other hand, Gurunath tells Shanaya that he went to Radhika to question her about her decision. Shanaya says that he cannot do anything as he still has a soft corner for Radhika. She then tells Gurunath that she has decided to leave the house.

Hearing this, Gurunath calls Kedya and tells him that Shanaya is about the leave the house. A few moments later, Shanaya comes with her bags and tells Gurunath that she is leaving the house. Just then, Kedya comes home and requests Shanaya to not jump to any conclusion. While trying to convince Shanaya, Kedya asks her to give four days to Gurunath to come up with a plan to take revenge on Radhika.

Watch Veergati The Story Of A Soldier, Who Returns To Duty After His Break