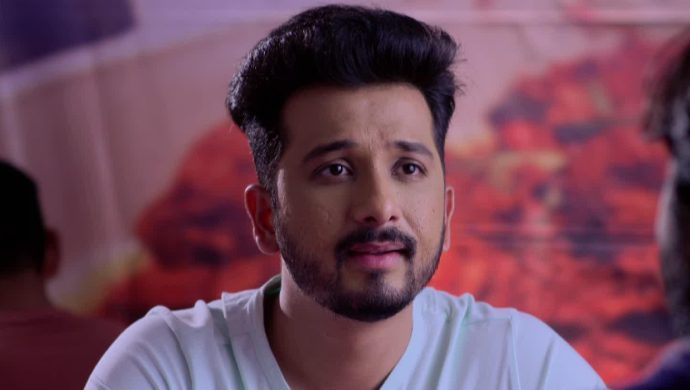 Aai is talking about Gurunath’s progress to Radhika in the latest episode of Mazhya Navryachi Bayko. She is happy that Radhika took Gurunath back in her company. After Aai goes, Radhika receives Saumitra’s drunk text. But, she ignores him and he is sad. Meanwhile, Gurunath meets Kedya and tells him the plan against Radhika. Kedya thinks the plan is dangerous as she is always surrounded by her supporters. Radhika feels guilty for staying away from Saumitra so abruptly. She wants to be friends with him.

Gurunath and Shanaya meeting in the hall after everyone has slept off. They decide to steal Radhika’s entire property and go abroad. During this moment, Baba comes from behind and Shanaya has to hide. Baba is still angry with Gurunath and hates Shanaya. The next morning, Shanaya’s mother is worried as Shanaya hasn’t called her. She wants to know what is happening at Gurunath’s place. Kedya tells Shanaya’s mother that stealing Radhika’s money would be very difficult for Gurunath.

Aai is happy that Shanaya is working and reducing her household chores. Shanaya gets bread butter for Gurunath, but he refuses to take the tiffin. As he and Radhika are leaving for work the next morning, Saumitra texts Radhika, asking her to meet him at the cafe. Gurunath realises she is talking to him. On the other hand, Saumitra and Anand meet. He tells Anand the content of his message. Saumitra is nervous because Radhika hasn’t replied to the message. Anand encourages Saumitra to confess his feelings.

What do you think will Radhika do in the next episode? Let us know your thoughts in the comments below.