Maza Hoshil Na: 5 Avatars Of Aditya Aka Virajas Kulkarni That Show Us His Quirky Side

Check out these photos of Maza Hoshil Na's Aditya, played by Virajas Kulkarni which prove that he has a quirky side to his personality. 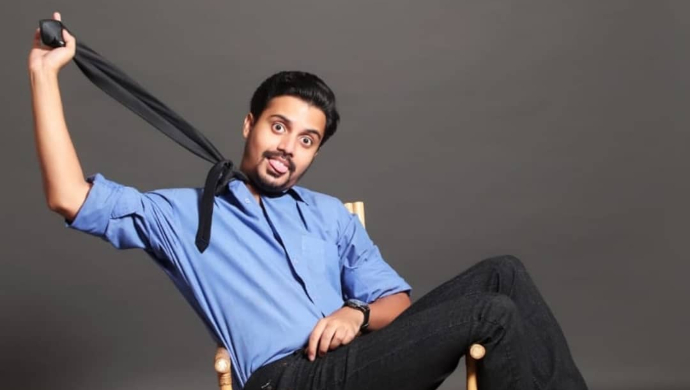 Zee Marathi‘s family drama Mazha Hoshil Na is a complete package of romance and comedy. The show also boasts of several veteran actors as the star cast including Vidyadhar Joshi, Achyut Potdar, Vinay Yedekar, Nikhil Ratnaparkhi, and Sunil Tawde. The titular role of Aditya is portrayed by Virajas Kulkarni who’s already garnering praise for his stellar performance. Unlike his role in the show, there’s a quirky side to Virajas’s personality that we didn’t know about. We discovered the same when we went through his Instagram profile and dug up pictures of his different avatars that you probably haven’t seen before. Get ready to be surprised!

Watch the latest episode of the show here

This is a picture that the actor recently shared on Instagram depicting his state during the coronavirus lockdown. Don’t you relate to the actor’s reaction to the government’s announcement of the lockdown of 21 days? Because we do!

As we all know, Virajas is madly in love with theatre, which is quite apparent in this picture. Virajas, who is on the left, is enacting a scene from his play. He has pulled off the disguise of a mime very effectively, what say?

To be fair, that's a fake stomach.

Virajas is the master of disguises and here’s the proof for it. The actor dressed as the legendary villain Joker for Comic-Con. Doesn’t his poker face look convincing? It begs us to ask the question- why so serious, Virajas?

That time you find yourself…

Virajas pulled off this look of an old-man for his play Mickey which was produced by his own theatre group.

There’s just no end to the actor’s quirks as he even struck a pose as a security guard.

If You Have A Family Like Maza Hoshil Na’s Aditya, 5 Indoor Games You Can…

Will Radhika And Shanaya Fight Against Gurunath Together? Watch The Latest Episodes Of Mazhya Navryachi Bayko, Exclusively On ZEE5!

Ratris Khel Chale 2: 5 Risky And Dangerous Things Anna Has Done To Be With Shevanta