Like Prashant Damle’s Character In Bho Bho, Here Are Marathi Actors That Are Dog Lovers

Popular Marathi actors such as Sai Tamhankar and Siddharth Chandekar are die-hard dog lovers. Check out the rest of the list inside! 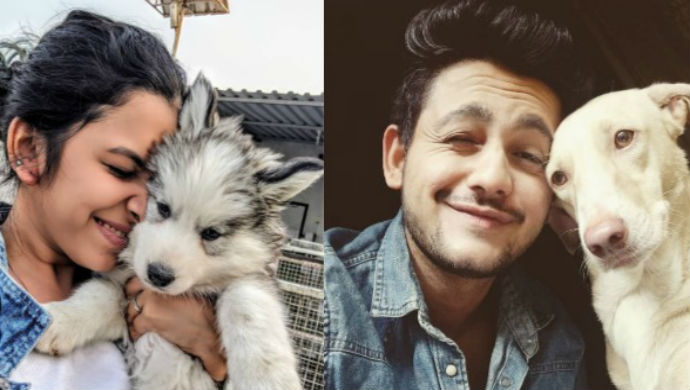 Prashant Damle is known to be one of Marathi cinema’s most versatile actors. The actor likes to experiment with various roles and played a detective in his recent film Bho Bho. The film also starring Subodh Bhave, tells the story of a woman Smita, who is murdered and her pet Labrador Sandy, is suspected of killing her! Bho Bho is a unique murder mystery where out of all the people, a dog is named as the culprit. Detective Venkatesh Bhonde (Prashant) is decides to investigate the matter and prove Sandy innocent.

Aside from being a skilled detective, Prashant’s character is also shown as a die-hard dog lover in the film. Venkatesh often feeds stray dogs and visits animal hospitals to check on the beautiful creatures. Well, just like him, our Marathi industry too is filled with actors who dote on dogs. Here’s the list:

The Sex, Drugs & Theatre actress can’t get enough of dogs and this picture is proof. Mitali is seen spending quality with a bunch of Siberian Huskies and we love how gorgeous this picture is. Wouldn’t you agree?

How adorable is this picture, right? Adish, who is Mitali’s co-star in Sex Drugs & Theatre, too is a dog lover and here he is seen cuddling with his beautiful mongrel pooch. Look at those eyes!

@Regrann from @animalvideosco – Food over sleep, every single time ! 🐶 Via @yazminluv

Sai may not pose with dogs very often but the actress likes to post pictures and videos of then on her Instagram account. Check out this adorable video of Beagle that she uploaded on her page.

The actor shares a love for dogs in common with his fiancee Mitali. We love this picture where he poses with a bunch of adorable little puppers!

The actress’s Instagram page is full of her posing with cute doggos. And this one here is one of the many examples.

Which of these pictures do you like the most? Tell us in the comments section below!

If You're A Subodh Bhave Fan, Don't Miss His Stellar Act In Pushpak Vimaan!

Agga Bai Sasubai Reminds Us Of 2 Bollywood Films! Find Out Which Ones