Will Madan end up penniless trying to pay off Sarpanch Bai's debts? Read on to know more. 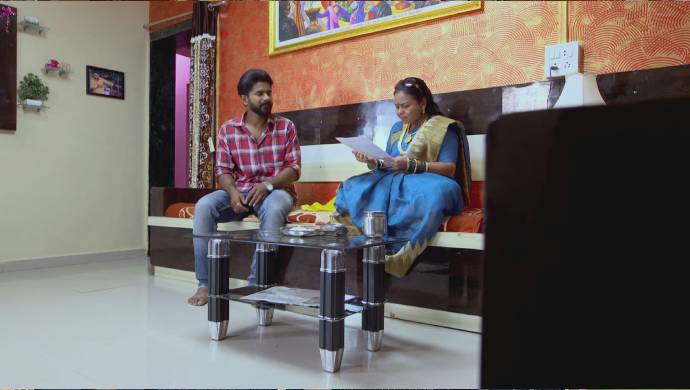 Lagnachi Wife Weddingchi Bayko’s Madan seems to be getting deeper into trouble as the days pass by. While we saw him marrying Maria out of coercion, we think Madan’s problems don’t just end there. He tries to manage a household with two wives, hailing from different cultures. Madan’s brother Gopu knows about his truth, and Maria’s demands go on increasing, which makes is making things worse. She often tries to enact the role of a proper Indian housewife like Kajol but fails miserably each time. In the recent episode, we saw Maria coming up with an idea to do things her way and asking for modern appliances. Madan needed financial aid for the same and asked for a loan from Sarpanch Bai. The money-minded woman got greedy when Madan told her that he will return the money in pounds that Maria has brought along with her from the UK.

In the next episode, we will see Sarpanch Bai excited about acquiring the pounds and using the money to pay the salaries of her employees. When the currency will not be accepted anywhere, the employees will come back and ask for their money in Indian currency, adding that they will be ready to revolt for the same. Sarpanch Bai will then summon Madan and demand the money from him, saying that assets from England such as the country’s money or lands, will not work. Madan will think hard about how to repay her and will decide to mortgage his family’s farmland!

Kajol and Maria will find out about this and will confront Madan about the same. Will they be able to stop Madan from mortgaging the farmland? We think nothing can stop him as he isn’t thinking straight. What are your thoughts about this? Comment below to let us know.

Tune in to ZEE5 to watch all episodes of Lagnachi Wife Weddingchi Bayko.