Lagnachi Wife Weddingchi Bayko Promo: Will Madan And Maria Have Their First Night?

Will Mithun let them? Watch the promo inside to find out! 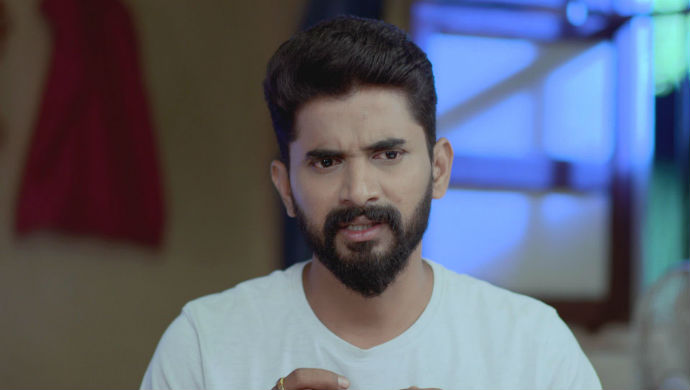 In the recent episode of Zee Marathi’s Lagnachi Wife Weddingchi Bayko, we saw Madan and Maria getting married. What Maria doesn’t know is that Madan was trying to trick her, by simply making her believe, that they are getting married. They arranged a fake wedding, which turned into a real one after Madan and Maria took the pheras. Now he is stuck, as he is married to her for real, which even his own wife Kajol isn’t aware of, thinking that this was all a joke, to fulfill Maria’s wish for being an Indian bride. In the upcoming episode, we will see Maria discussing her and Madan’s first night, post the wedding.

In the upcoming episode, we will see Maria telling Madan, that she is really excited about their first night. Just then, Kajol approaches him and tells him that he must be tired and that he should sleep next to her. Uh oh. What will Madan do now? Watch here.

Madan is in a fix and you can see Mithun giving him bad looks. He is furious knowing that Madan will be spending an intimate night with Maria and will be disloyal to his wife Kajol. What will happen next? Will Mithun pick up a fight with Madan? Stay tuned to find out!