What is she planning to do? Watch the promo inside to know more! 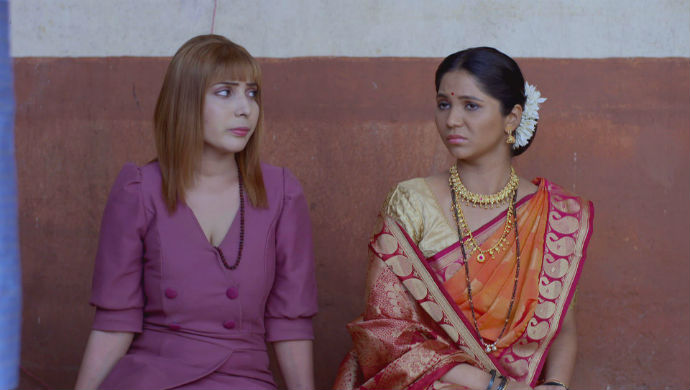 In the upcoming episode of Lagnachi Wife Weddingchi Bayko, we will see Kajol messing with Maria. Till now, it has been shown that Kajol is having a hard time accepting Maria as a part of her family. Madan on the other hand, has been juggling between the two, trying to keep both happy. But looks like Kajol will crack soon and decide to seek revenge against Maria. And how will she do that? By feeding her a rotten apple!

In the latest promo, it has been shown that Kajol’s friend will tell her that if she feeds Maria a rotten apple, the latter will fall ill. Kajol is hesitant to go ahead but eventually obliges. She places a rotten apple in the kitchen and Maria finds it and eats it. What happens next? Watch here.

Maria falls ill, as anticipated, but Kajol gets worried thinking that she may have harmed her more than she wished. What will happen next? Will Madan come to know that this was all Kajol’s doing? Will he punish her? Stay tuned for all the updates here!

Lagnachi Wife Weddingchi Bayko: 5 Reasons Why You Should Watch This New Show

Bhago Mohan Pyare: Will Madhuvanti Come To Know That Mohan Is Lying To Her?