What are your views upon the marriage of Madan and Maria? Vote and let us know 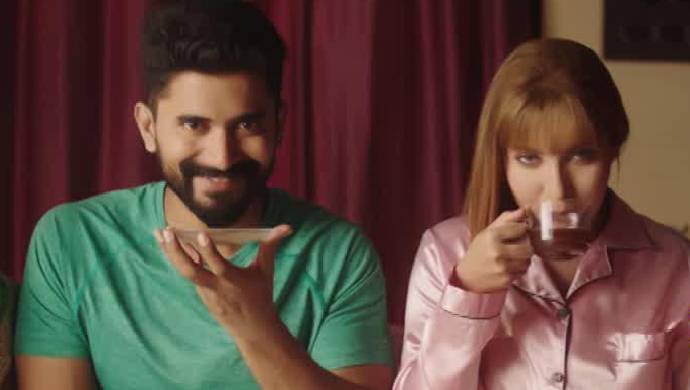 Zee Marathi‘s comedy-drama Lagnachi Wife Weddingchi Bayko has everyone rolling with laughter. The show starring Vijay Andalkar and Leanna Anand is a story of a young villager, who chances upon an opportunity to go abroad, and ends up marrying a girl from the foreign land. The troubles for Vijay’s character Madan don’t end there. The girl he marries, Maria, is stubborn and is adamant about accompanying him to his village. Well, all would have ended well if Madan had his wife Kajol waiting for him back in his hometown! She’s a simpleton who accepts Maria (only because she does not know that the latter is her husband’s second wife). The villagers are introduced to Maria and they are in awe of the princess (as introduced so, by Madan).

In the recent episodes, Maria is trying to become a good Indian housewife courtesy Kajol and she is doing everything from wearing a traditional saree to trying to collect water from the local hand pump. Maria and Madan have gotten married under some funny circumstances. We believe that cross-cultural marriages are difficult to deal with but are unique at the same time. Marriages are said to be a union of two souls and people, but beyond this, it is the sacred binding of two families! The societal reforms and revolutionary ideas have brought us within a space where now, we can choose our partners for marriage.

We think one can make a cross-cultural marriage work. The spouses and their families get to experience a new culture and a new way of living life. Yes, it might be difficult to adjust to the boundaries set by the counterpart’s lifrstyle. For example, Maria is finding it difficult to adjust to Indian culture. But eventually, Madan’s family is getting her to learn a new heritage and habitat. They are coming to terms with the customs followed by Maria, too. This shows that cross-cultural marriages are actually an opportunity to get to know a different culture, better. So it’s a big thumbs up for us!

But what do you think about cross-cultural marriages? Do they bring us closer or tear us further apart? Vote below to let us know your views!