The famous husband-wife duo reveal what prompted them to choose a career of working in villages. More details inside! 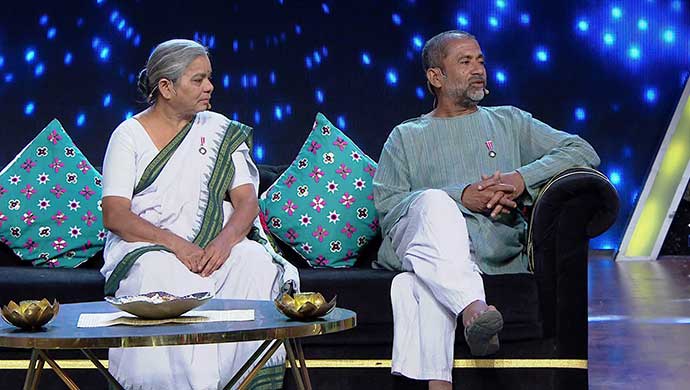 Very rarely do we find individuals who have given up the comfort of their own lives to help others. Dr. Ravindra and Smita Kolhe are from the selected few. The husband-wife duo are popular social activists and doctors, working for the welfare of tribal people in villages of Bairagarh region in Maharashtra. Dr Ravindra and Smita Kolhe made an appearance on the popular chat show Kanala Khada, hosted by Sanjay Mone.

When asked on how Dr Ravindra chose the path of helping tribals, he begins by answering that it all came from the values that his parents taught him. “My father used to work in the railways and I have mostly stayed in a railway colony. In such colonies, people stay together, celebrate together, do everything together. It’s here that I learnt my values,” he says.

He adds that during his adolescent years, he was heavily influenced by Gandhian principles and a book called Unto This Last. “I started pursuing medicine and there we were taught a philosophy- early diagnosis and prompt treatment. But I learnt that in some villages, they don’t even have a doctor. Hence I decided to help such people out, after doing my MBBS. I have roamed about four states, helping adivasis and haven’t looked back ever since.”

Smita on the other hand spoke about how she and Dr Ravindra decided to get married. “Getting permission from my parents was a task. He was very thin at the time when he asked me to marry him. My father saw saw him and asked what his name in a stern voice, which scared me. When I said Kolhe, he was very happy as he approved of the surname. Then we got married and here we are.”

Aww, isn’t that a sweet story? Watch the husband-wife duo also discuss some of their village projects over the years in the episode above and post your comments below.

Catch all the episodes of Kanala Khada, exclusively on ZEE5 here.