The actress reveals that there was a time when her family had only a 1 rupee coin with them. Watch the video to know about her struggle. 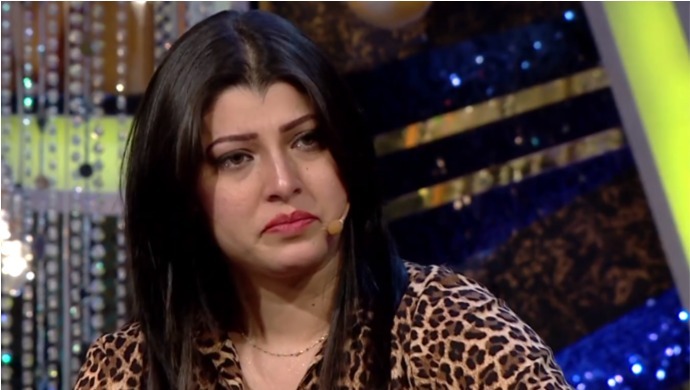 Tejaswini Pandit is counted as one of Marathi cinema’s most successful actresses today. The light-eyed beauty who has been seen in popular television series 100 Days and in movies such as Aga Bai Arrecha, Tu Hi Re, will be seen in popular chat show Kanala Khada. The reality series hosted by Sanjay Mone sees the who’s who of the Marathi industry. Tejaswini will grace the show and talk about her childhood, her reign in the Marathi industry among many other topics. We have an exclusive before TV footage of the show where Tejaswini is seen getting emotional, as she recalls her poverty-stricken childhood.

Watch her narrate the story of her struggle, in the video here.

The actress says that there was a time when her family had no more than Rs 1. Tejaswini gets teary-eyed as she talks about how one night, she and her family made biscuits out of the flour kept on the counter, as there was nothing else to eat. The actress adds that since those days, she now is grateful for life and knows the value of money.

On a lighter note, the beauty also recalls the one time she beat up a goon who dared to eve tease her friend! Tejaswini is a badass that you don’t want to mess with, right? We salute the actress for making it big and holding her own during her time of struggle.

Which movie of hers is your favourite? Tell us in the comments section below!

Catch all the episodes of Kanala Khada, exclusively on ZEE5.

Ashok And Nivedita Saraf Get Candid Like Never Before, Watch Their Interview On Kanala Khada!