The popular Marathi actor also opens up about the friendship he shared with co-actor Sanjau Dutt on sets of the film. Watch exclusive video! 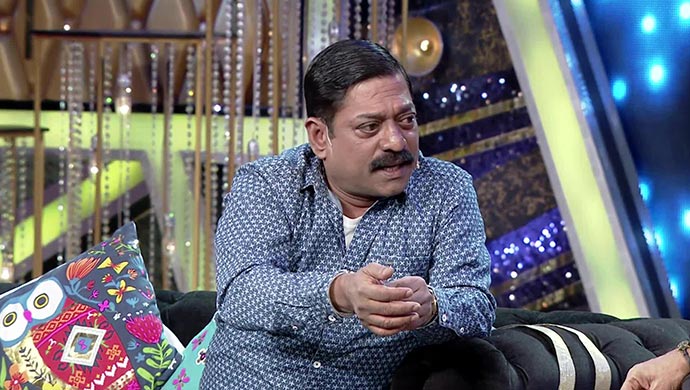 Sanjay Narvekar is considered to be one of Marathi cinema’s most popular and versatile actors. The actor who has established his craft in both Bollywood, Marathi cinema as well as plays, will make an appearance on Kanala Khada, hosted by Sanjay Mone. We bring to you the exclusive sneak peek of the episode, before its telecast on television, where the actor is discussing the massive success of his play All The Best and how Bollywood film Vaastav turned his life around. The actor even narrates a fun anecdote from his experience on working with Sanjay Dutt.

While talking about All The Best, a play directed by Mahesh Manjrekar that featured Sanjay, he says that the play has been viewed nearly 150-200 times by some people. “We have had nearly 1000 shows of the play and all of them have been housefull. Even imminent personalities such as Amitabh Bachchan and Raj Thackeray have seen All The Best,” he says.

While All The Best contributed to the actor’s success, a Bollywood film had a role to play as well. Vaastav, starring Sanjay Dutt, featured Sanjay as Dedh Footiya. The film won critical acclaim and put Sanjay on the map as an actor to watch out for. When asked to recall a few special moments from his experience on working in the film, Sanjay talked about how he bagged the role. “I and a bunch of others were at Shivaji Park. My pager buzzed and I saw that I am being notified by Mahesh Manjrekar, who directed the film. I went to his office, they looked at me and decided that I am going to play Dedh Footiya. That’s how quick the process was,” says Sanjay.

Adding to that, the actor talks about working with Sanjay Dutt, saying, “I remember on my first day of shoot, I was seated at a corner of the sets, drinking tea. Sanjay entered and saw me. He quickly called me and ordered one of the spot boys to get me a chair and said, ‘next time, get a chair for him. He can’t be sitting around like this.'”

Speaking of Vaastav’s success at the box office, Sanjay says that after the film, he started getting recognized and people would crowd around him. “At the premiere of the film, everyone at the theatre was constantly turning and looking at me and saying,’he’s the same guy.'”

We salute the actor for making it big on his own terms and never giving up. Which of Sanjay’s films do you like the most? Tell us in the comments section below!

Mulshi Pattern To Be Remade By Salman Khan?

Akshaya Deodhar Shows The Real Side Of Her Relationship With Ladoo