There are important lessons that we can all take away from this Amol Gole directional. More details inside! 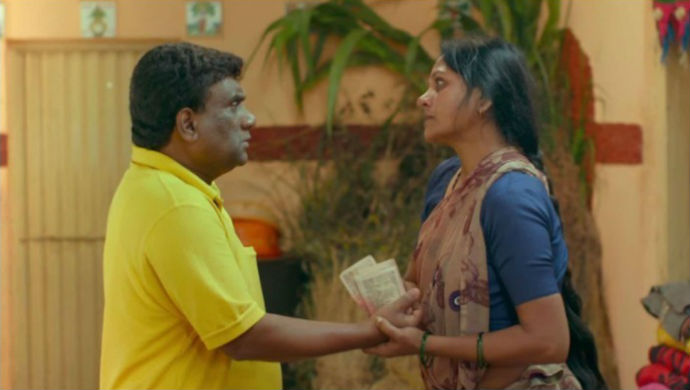 Nashibvaan starring Bhau Kadam in the lead role is a heartwarming tale about love, relationships and greed. It tells the story of Babanrao, a sweeper who wishes to have a bigger and better life. His world changes when he chances upon a lot of money and here on we are taken on a journey of how too much money destroys the man and his family. Aside from being a moving film, Nashivbaan is also relevant when it comes to learning life-lessons. Though the film never actively preaches about anything, it subtly gives viewers lessons through it’s narrative.

Here are 5 important lessons that the film teaches us.

Babanro is shown having a family, with a wife and three kids. Even though he uses the money to fulfill their needs, there comes a time when Babanrao eventually uses starts spending on himself and neglects his family. He later realizes that if he doesn’t have his family, he doesn’t have anything.

2. Greed gets the better of you

Babanrao finds a place where a huge sum of money-belonging to someone else- is stored. He takes a swig at it the first time but keeps coming back for more. It’s Babanrao’s greed that eventually gets the better of him and clouds his judgement.

Babanrao is never satisfied with what he has. He is always craving for more and ends up landing himself in a situation where he has everything, except the people that matter to him the most. The film teaches an important quality of gratefulness and how all of us need to be more thankful for what we have first, instead of cursing our lives and wishing for more.

Which of these life lessons do you relate to the most? Tell us in the comments section below. For more entertainment, check out the collection of fun Marathi films on ZEE5 here.

Watch Sai Tamhankar's Film Vazandar That Has An Important Message That Will Resonate With You!