The ZEE5 original Marathi series is fictional historical tale of the Samyukta Movement that led to the creation of Maharashtra as a separate state. 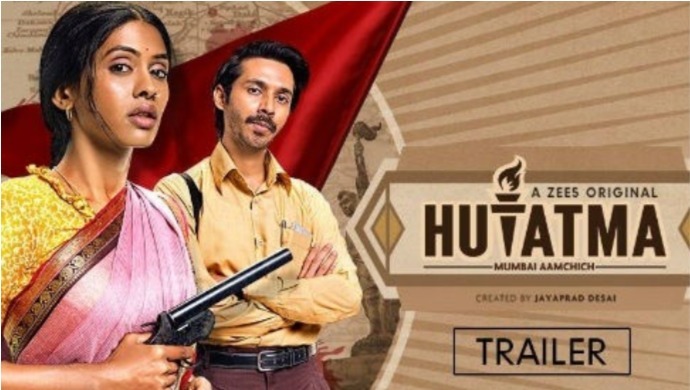 Hutatma is a ZEE5 original Marathi series starring Anjali Patil, Vaibhav Tatwawadi, Sachin Khedekar, Vikram Gokhale and Mohan Agashe among others. The historical fictional series tells the story of the Samyukta movement, that led to the creation of Maharashtra as a separate state, with Mumbai as its capital. The web series is set to see its release on ZEE5 on May 1, which is Maharashtra day. The trailer has released and it promises to be a thrilling ride full of drama, love, hatred, and more. The video starts by showing a rally and slowly progresses into defining all the characters and the roles they have in the narrative.

The series is set in the era of 1950s and from the looks of the trailer, the makers have perfectly captured the feel of that time. From the sets to the costumes, all aspects seem on point. Aside from this, one can be assured of stellar performances coming their way. There’s a scene in the trailer shared by Mohan Agashe and Vikram Gokhale and just from a few seconds of their dialogues, it is evident that viewers are in for a solid ride. The narrative primarily focuses on Anjali Patil who plays Vidyut, a girl seeking revenge for her father’s death. Her journey is cleverly depicted in the trailer where in the beginning she is shown as a naive girl, cut to when she is covered in blood and even suffocates someone in the hospital with a pillow. The trailer starts off slow but quickly progresses into a presentation of gripping dialogues, visuals and background score.

The trailer of film or a series is important as it’s the first glimpse of the actual work and should be impactful enough to engage audiences. Well, it’s safe to say that the Hutatma trailer packs a punch. Watch it above and post your thoughts in the comments section below! Stay tuned for the first episode on May 1, on ZEE5!

Exclusive: I Complete Agree With The Debate On Nepotism, Says Sakhi Gokhale