The show starring Anjali Patil as the lead, has returned with season 2. Check out what we think about the trailer. Details inside! 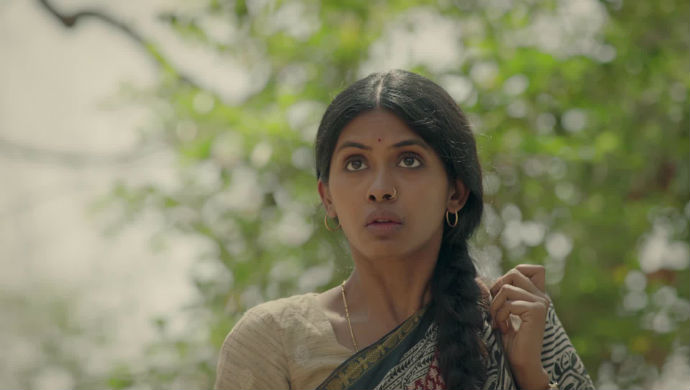 ZEE5’s original Marathi series Hutatma tells the story of the Samyukta movement, that led to the creation of Maharashtra with Mumbai as it’s capital. It’s a fictional tale of historic events combined with Vidyut’s journey on seeking revenge from the man that kills her father. The show features Anjali Patil as the lead character, along with a strong supporting cast including Vaibhav Tatwawaadi, Sachin Khedekar, Mohan Agashe, Vikram Gokhale, Ashwini Kalsekar etc. After a successful stint with season 1, Hutatma returns with season 2.

The next leg of the series promises to be bigger, bolder and better. What’s striking about the trailer is Vidyut’s transformation from a damsel in distress to a woman with a purpose. In season 1, we saw Vidyut as the lost and scared soul, running around town looking for answers. However, in season 2, she is confident, focused and aware of what she wants. She isn’t afraid to show some teeth to get it her way and it’s evident in the scene where she warns a man to stay within his limits.

We all see glimpses of Vidyut’s interactions with politicians and how she uses their influence to get ahead in the game. Aside from Vidyut’s journey, season 2 will also focus on the Samyukta movement in detail and the Congress’ involvement in it. The plot gets murkier and it’s evident from the trailer that viewers are in for a thrilling ride.

The Panchambhuta- a body of five influential people shown in season 1– will also be explored extensively. The trailer packs a punch as it combines these plot lines in a crisp and engaging manner. We are left with a hint of Vidyut’s fearlessness towards the end of the trailer where she is lighting a lamp, to welcome a politician. However, from her tone and body language, it’s evident that Vidyut has something else in store for her friend.

Has Vidyut lost track of her purpose? Has the system turned her into a murderer instead of a woman seeking justice? Watch the whole of season 2 exclusively on ZEE5 here and leave your comments in the section below!