Hutatma Season 2 Review: Anjali Patil Transforms From A Damsel In Distress To A Clever Fox

Vidyut's metamorphosis is the high point in season 2, directed by Jayprad Desai. Read detailed review inside! 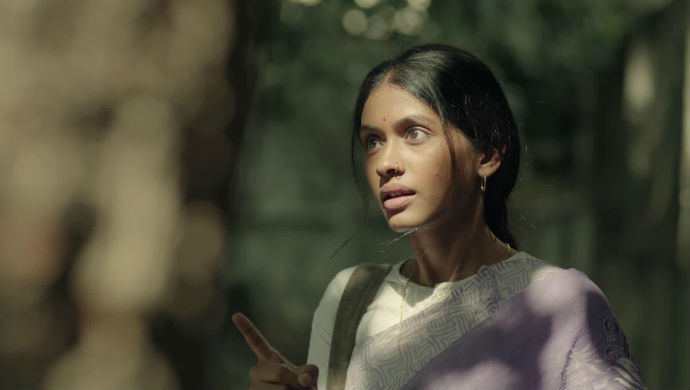 Bombay is in shambles. The citizens want Maharashtra as a separate state with the city as its capital. But the ruling government has other plans and this leads to unrest in the state. Many citizens protest daily and are killed amidst the violence. One of them is an innocent girl’s father. Vidyut makes her way through the crowd to save her dad. But her world changes in a split second when he gets shot in the head. With her father’s blood still on her hands, Vidyut decides to find the culprit. But she catches the wrong man instead and seeks help from her friend to find the right one. What happens when Vidyut discovers that her friend is involved in a mission to kill India’s first prime minister Jawaharlal Nehru? ZEE5’s original Marathi series Hutatma returns with season 2 to continue the thrilling tale.

Watch the first episode from the series here.

Starring Anjali Patil, Sachin Khedekar, Vaibhav Tatwawaadi, Mohan Agashe, Vikram Gokhale, Abhay Mahajan and Ashwini Kalsekar, Hutatma continues Vidyut’s journey with season 2. The most striking factor about this season is Vidyut’s (Anjali Patil) transformation from a damsel in distress to a clever fox. In season 1, we saw her as a lost soul, running around town, searching for answers. But in the second leg of the series, Vidyut knows exactly what she wants and how she needs to get it. From applying strategies to talking to people she knows can help her, Vidyut’s cunning ways take centre stage. Anjali is a pleasure to watch as she tells Vidyut’s story with her convincing and powerful act. She proves that no one could have played the character better than her.

Aside from Vidyut’s personal journey, we are also given a lowdown of the historic and political incidents that took place during the Samyukta movement. The scenes are more detailed in season 2 and explore the mindset of influential leaders that shaped up the formation of Maharashtra. Vaibhav has a meatier role as comrade Abhay Sane and plays the part with the right amount of aggression. The panchabhuta including Sachin, Mohan amongst others plays an important part in highlighting the conflict in political views regarding the central government and the leftists. The five veteran actors prove why they are such celebrated artists, especially in a scene where they are discussing the meaning of Hutatma and what makes one a hero.

The supporting cast members such as Vaibhav, Ashwini etc are equally memorable with their performances. What also stands out in season 2 is the bond that Vidyut and  Abhay develop with each other. Anjali and Vaibhav share great chemistry and make a convincing pair. The latest season boasts of several interesting plot twists that will keep you on the edge of your seat.

Overall, season 2 of Hutatma is as gripping as the first one and deserves your time and attention.

Watch the whole of season 2, exclusively on ZEE5 here and tell us what you think in the comments section below!