The ZEE5 original Marathi series tells the story of the Samyukta movement that led to the creation of Maharashtra as a separate state. 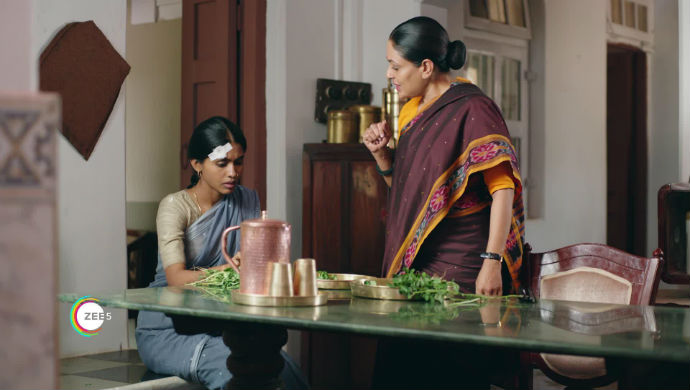 ZEE5’s original Marathi series Hutatma has finally released and it’s as promising as it seemed, through its trailer.  The Anjali Patil, Vaibhav Tatwawaadi starrer tells the story of the Samyukta movement, that led to the creation of Maharashtra as a separate state with Mumbai as its capital. Created by Jayprad Desai, the historic fictional series is set in 1950s and sheds light on the history of Mumbai through lead character Vidyut’s (Anjali) journey. Hutatma sets a high standard with its gripping narrative and many factors contribute to the same.

Watch the first episode of the series here.

For starters, the performances of each character are on point. Anjali shines as the vulnerable Vidyut, seeking revenge for her father’s tragic death. It’s a pleasure watching her transform from a coy girl to a confident woman. Vaibhav does justice to his role as Abhay Sane, a comrade, who strictly follows the law and sets right those, who don’t. Ashwini Kalsekar as social activist Malini Sawant is restrained, yet powerful. Abhay Mahajan plays his part to the T, as journalist Shrirang Patki, who changes his loyalties according to his own convenience. A big shout out to Chaaya Kadam who plays the fierce Bhimbai Naik. Kadam adds weight to the story with her powerful act and doesn’t let her supporting character limit her in any way.

It’s an experience to watch veterans Sachin Khedekar (Waman Ramchandra), Mohan Agashe (Balasaheb Mokashe) and Vikram Gokhale (Madhav Rao Purohit) in the series. So effortless are they, you almost feel they are going about their day-to-day life, except, on screen. There’s a scene in which the actors are enjoying mutton with a few drinks and discussing current affairs. Aspiring actors, can treat this scene as their masterclass, for tips.

Coming to the treatment of the story, it’s a tasty dish with all the right ingredients. From the cinematography to the editing to the direction, Hutatma gets it right with all the factors. Above all, the era of 1950s is captured with finesse. It’s evident that the series is backed by high production costs, thorough research and above all, attention to detail. Watch out for a scene where Anjali visits someone’s house and waits in a room that is decorated with antique artifacts such as a table fan, telephone etc. It’s these little nuances which reminds one of the era, thus putting things in perspective.

The narrative is presented in an engaging manner where it keeps going back and forth. This helps create a sense of anticipation and intrigue. Hutatma is also filled with its share of twists, that will keep you on the edge of your seat. The series also manages to mix fiction with history with ease. It has a balance of both, which makes the tale believable.

At a time where web shows are gaining popularity and content-driven stories are in demand, Hutatma makes its place as a must- watch series.

Binge watch the series above and tell us what you think in the comments section below!

Catch all the episodes of Hutatma, exclusively on ZEE5.

Watch Sex Drugs & Theatre, A ZEE5 Original Series That Will Get You Hooked!

Exclusive: Shilpa Tulaskar Has An Advice For All Young Actors Which Shouldn't Be Missed!