Let's look at how these popular Zee Marathi shows began the shooting process on their respective sets after the easing up of lockdown regulations. 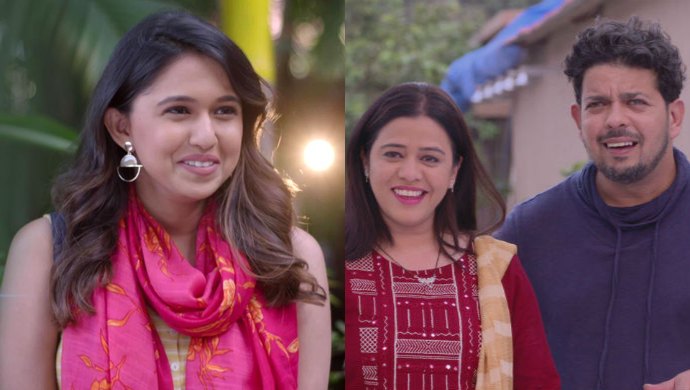 After the gap of three long months due to the lockdown, the shoots of popular Zee Marathi shows have finally resumed. After Tuzhat Jeev Rangala and Mrs Mukhyamantri resumed shoots last week, it’s time for Mazhya Navryachi Bayko and Maza Hoshil Na to kickstart the shoots. With proper safety measures in place, the cast and crew of both these shows began the shooting process at their respective filming locations. Let’s look at how the shows went about their first day of the shoots post the long hiatus.

Both these shows ended on a dramatic twist and fans are curious to watch what is about to unfold next. As we wait for the new episodes which would take the story forward, the cast and crew are seen preparing for the shoots which have resumed after the lockdown regulations were eased up. The makers of Mazhya Navryachi Bayko performed a puja to mark the occasion of the team getting back on the sets after a long gap. Before the Mazhya Navryachi Bayko team begins the shoot, it is also ensuring that the safety regulations laid down by the authorities are fulfilled. The cast members Abhijeet Khandkekar and Adwait Dadarkar were spotted getting ready for their respective shots while following the precautionary measures.

Zee Marathi’s romantic comedy Maza Hoshil Na also began the filming process with the traditional puja. The team has arrived on the sets after completing the 14 days of stay in self-quarantine. We can see the crew taking extra precautions by wearing masks, gloves, and PPE kits while resuming the shoots on the first day. The actors Virajas Kulkarni and Gautami Deshpande seem to have embraced the #NewNormal as they prep for their shots in the makeup room. The entire crew of the show including makeup men, cameramen, and lightmen are also seen following all the safety measures on the first day of the shoots.

Shanaya, Anuradha – Characters Who Underwent A Drastic Change And Joined…

Apurva Nemlekar, Amruta Dhongade – Actresses Who Look Nothing Like Their…

Are you looking forward to watching these shows? Post your thoughts in the comments section below.

Will Be Challenging To Perform Without Audience: Shreya Bugde On Accepting The #NewNormal