Here's a lowdown on all that has happened with Anaji Pant's trial in the Zee Marathi show. Details inside! 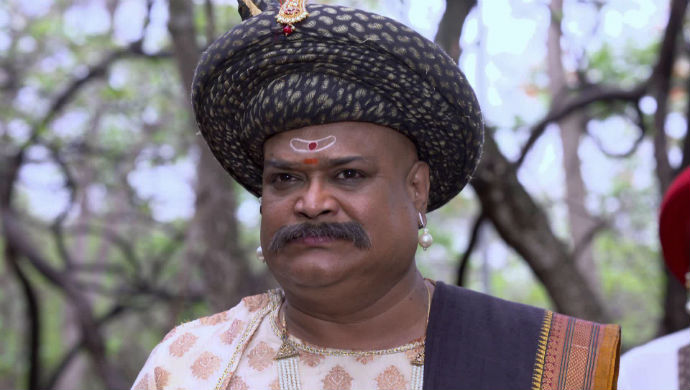 Currently on Zee Marathi’s Swarajyarakshak Sambhaji, we are seeing Anaji Pant’s trial taking place. After a long wait, the man has finally been caught for his crimes against Sambhaji. He and his men have been arrested and the trial to prove him guilty continues. But what’s interesting is that it’s not Sambhaji but his wife Yesubai who is taking charge of the proceedings. She has taken it upon herself to prove Anaji Pant guilty and get him punished for his crimes. But the ordeal is turning out to be more difficult than Yesubai assumed.

Here’s all that has taken place with regards to Anaji Pant’s trial in the show.

During a session, Yesubai loses her cool on Anaji and accuses him of being the mastermind behind all the crimes. But the latter calmly dismisses all her claims and pleads innocent. He also asks Yesubai to act lawful and not succumb to emotions as Sambhaji’s wife. Anaji challenges her to prove him guilty in court.

Yesubai approaches Khandoji and Raiappa to inquire about Suryaji and Bapuji, the men who poisoned Sambhaji’s food. From them, she learns about the turn of events that took place at Panhala.

Yesubai shocks Anaji when she brings in his own wife Kaveribai to testify against him. Kaveribai obliges and appears in court.

Anaji’s slave is summoned in court and when questioned about whether the horseshoe was loosened or removed, the man says that it was loosened on purpose. He adds that the task was given by a royal courtier at Raigad.

Kaveribai speaks against her husband and reveals that at the time when Shivaji Maharaj passed away, Anaji devised a plan to kill Sambhaji. She adds that he did so as he wanted Bal Raje on the throne. This shocks everyone and Soyrabai comes under the radar.

6. Soyrabai is pulled up in court

Soyrabai is grilled by Yesubai who repeatedly asks her about why she sent warning signs to Sambhaji. But Soyrabai refuses to tell her the truth and just then, Anaji’s servant says that he wishes to speak up.

In the upcoming episode, we will see Anaji’s servant revealing his masters plans to kill Sambhaji. Is it going be the end of the trial once and for all? Will Anaji finally get punished? Stay tuned for all the updates here!

Will Isha Succeed In Convincing Her Parents That Vikrant Is A Criminal?

Exclusive: People Expect A Lot Since They Like Pandu's Character, Says Pralhad Kudtarkar