On the occasion of the talented actor's birthday, we look at some interesting facts about him that you probably didn't know. 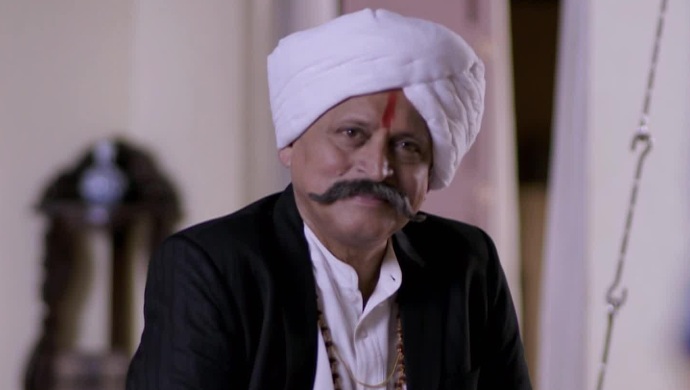 Ravindra Mankani is well-known for his impeccable work in soap operas, plays, and films. The Marathi industry was introduced to this talented actor in the late 1980s with his serial Swami after which he became a household name. Despite getting small roles on TV, Ravindra went on to become a star with his stellar performances and sharp looks. His best-known role till date is of Dadasaheb in Zee Yuva‘s Baapmanus. The actor who is well past his 60s performs with the same energy and enthusiasm even today. On the occasion of the talented actor’s birthday, we look at some of the lesser-known facts about his life.

Ravindra was always attracted to theatre and began performing on stage since his school days in Pune. He later participated in various inter-collegiate drama competitions and won prizes for his acting. Ravindra was also responsible for winning his college the Purushottam Karandak, considered to be one of the most prestigious awards in theatre competitions.

The actor completed his education by graduating in civil engineering. After trying for some time, he gave up on engineering and shifted his focus entirely on acting. Ravindra later went on to make memorable films and TV shows.

Ravindra debuted with the 1987 TV show Swami, which also marked the debut for Mrinal Kulkarni. The show achieved landmark success on television and made these two debutantes popular overnight. Coincidentally, both of them were later cast for their first Hindi serial named Shrikant together.

After his debut, there was no looking back for Ravindra who rose to become a stellar artist. He later featured in many popular Hindi serials like Terah Panne, Trikaal, Shanti, and even CID: Special Bureau.

Ravindra has starred in a few Marathi films like Nital, Shevri, Vitti Dandu, and Rama Madhav. Later on in his career, the actor took a leap of faith and entered Bollywood. He has left his mark with films like Astitva, Satya, Khakee, and MS Dhoni: The Untold Story.

In his dazzling film career, the actor has also bagged State Awards twice for his work in Varsa Lakshmicha and Limited Manuski. Isn’t that amazing?

Remembering Girish Karnad On His Birthday: 6 Lesser-Known Facts About The Actor

Post your birthday wishes for the actor in the comments box below.

For more entertainment, check out Marathi films exclusively on ZEE5!

Happy Birthday Sanjay Mone! 7 Films And TV Shows On ZEE5 That The Actor Has Featured In