Cyclone Amphan has wreaked havoc in the eastern part of India and has claimed the lives of many in the region. 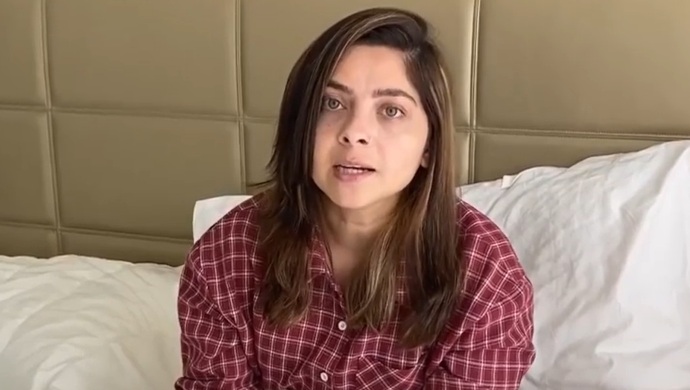 Amidst the coronavirus crisis, another calamity has affected humanity. Cyclone Amphan wreaked havoc in Bengal and Odisha on Wednesday destroying thousands of houses in the eastern part of the country. The cyclone is packing winds gusting at the speed of 185 kmph and has triggered torrential rains in the region. It is said to be one of the worst storms to have occurred in the Bay of Bengal over the years. At least 12 people have been killed in Bengal while two deaths were recorded in Odisha until Wednesday night. The cyclone has also affected the neighbouring nation of Bangladesh where at least six deaths were confirmed. Many others have been stuck in this cyclone which slammed into India’s coast on Wednesday afternoon. Marathi film star Sonalee Kulkarni wrote a tweet to express solidarity to the people affected by the cyclone.

Sonalee shared a tweet and expressed her reaction to the incident. The Hampi actress prayed for the people in the eastern part of India and Bangladesh who have been stuck ever since the cyclone made its landfall. Through her tweet, she hopes that the people are rescued to safety.

Praying for the eastern part of India and Bangladesh,
as #CycloneAmphan makes landfall 🙏🏻

Over five lakh people in the region have been evacuated and placed in temporary shelters. The authorities are still struggling to harness relief efforts amidst the coronavirus crisis although the impact of the storm is believed to be worse than the pandemic. We pray that the victims are rescued out of this calamity.