Halal Review: This Pritam Kagne Starrer Is A Bold Film That Needed To Be Made

The film directed by Shivaji Loton Patil, questions the Nikah Halala law practiced by a section of Muslims. 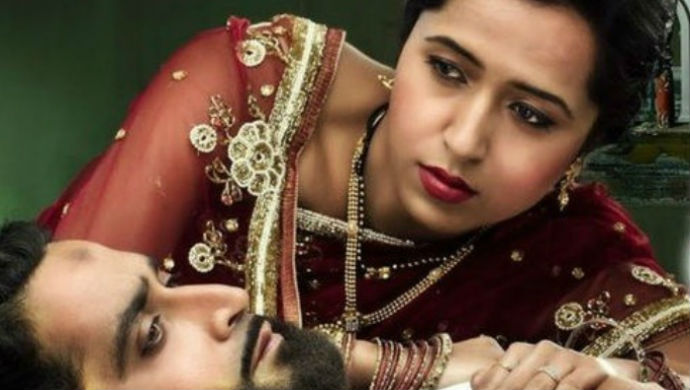 It takes guts and thorough cinematic experience to critique a religious practice without sounding too preachy. Luckily, Halal steers clear of the same and emerges victorious in making a strong point. Directed by Shivaji Loton Patil, the film tells the story of a woman Halim (played by Pritam Kagne) who is divorced by her husband (Priyadarshan Jadhav) through triple talaq. But two years later, he wants her back. The dilemma however is that to get married to Halim again, he needs to make her undergo the practice of Nikah Halala.

Nikah Halala involves a female divorcee getting married to another man and consummating the marriage with him. Only after she does that and is divorced by the man, can she go back to her previous husband. This law has been criticised and petitioned against by many Muslim women, as it has resulted in sexual abuse and violence in some cases. Halal too questions this practice in a bold and unapologetic manner. Halim is shown getting married off to a Maulvi (Chinmay Mandlekar) under the law of Nikah Halala so that she can get together with her previous husband.

But do things go according to plan? That’s the pressing question. Halal wins brownie points for several factors, one of them being the story and concept. Through Halim’s journey, the film critiques Nikah Halala for being against women. Though the law was introduced to stop men from taking advantage of triple talaq and torturing women, Halal points out that even with the Nikah Halala law, it’s the woman that ends up suffering.

What makes the film stand out is its organic presentation. The scenes flow into one another and no conversation seems forced. It’s almost like you’re watching a docudrama. Halim’s situation is cleverly discussed by her fellow villagers in several scenes and that helps provide different points of view. The strong story of Halal is backed by stronger performances. Pritam shines as the vulnerable Halim who is trapped and forced into following rigid patriarchal laws. Watch out for the scene where she breaks down and finally stands up for herself. Pritam demands attention for her fierce and convincing act here.

Chinmay is pleasant as the restrained maulvi who is a strict follower of the Quran. But time and again he is tempted to follow his instinct and it’s interesting to see how he defies his beliefs to chase his needs. Priyadarshan’s character is the most layered where you are conflicted about whether you like or dislike him. The actor leaves a lasting impression with his act as a confused husband who doesn’t know what his priorities are.

A special shout out to Chaya Kadam who plays Halim’s incorrigible mother-in-law. So convincing is she that a part of you starts despising her instantly. Halal doesn’t boast of magnanimity and yet is a film that packs a punch with it’s story and performances. It is proof that a film doesn’t need a star-studded cast or glamorous scenes to make a point. Halal also clarifies that the triple talaq law is being misused by some Muslim men and that the practice demands that the divorce take place over the course of three months, where the husband gives his wife a talaq each month.

For those having preconceived notions about how triple talaq works, the film cleverly defends the practice and spreads awareness. All in all, Halal is a bold film that needed to be made.

Watch the film and post your thoughts in the comments section below.

For more movies, visit the collection of Marathi films on ZEE5 here.

This Murder Mystery Starring Shivaji Satam And Ashok Saraf Will Keep You Hooked! Watch Me Shivaji Park On ZEE5