Gondya Ala Re Trailer Review: Get Ready For A Fascinating Tale On The Chapekar Brothers 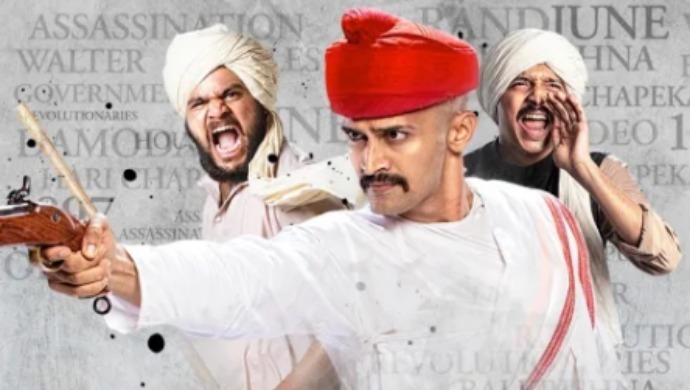 No longer is one dependent on books, to learn history. There are enough films, television shows as well as web series that are making audiences aware about the prominent and revolutionary tales of the past. One example is Hutatma, a ZEE5 original Marathi series that sheds light on the Samyukta movement, that led to the creation of Maharashtra. Another one gets added to the list- Gondya Ala Re, starring Bhushan Pradhan, Kshitish Date and Shivraj Vaichal, among others. This ZEE5 original series tells the story of the first armed revolution in India, led by the Chapekar brothers.

The group of five brothers were Indian revolutionaries that were involved in the assassination of the British Plague Commissioner of Pune, WC Rand. The series sheds light on the bubonic plague that spread in Pune in 1897, and how certain British officials mishandled and oppressed Indian citizens during the tragic time. This resulted in a major revolution by Punkers, led by the Chapekar brothers. The trailer of the series has been dropped in it promises to be fascinating, thrilling and intense.

The video starts by showing the execution of one of the brothers, and soon follow scenes that show the atrocities that the citizens were subjected to. Be prepared to sense a chill down your spine! We then see five men, carrying out a plan to revolt against the British authorities, including R.C Rand, whose name you can see, chalked out on the board. The trailer is crisp and makes its point with the most important and hard hitting scenes. But what makes it stand out is the catchy background score.

With an electric guitar in the track, the music is hardcore and compliments the video perfectly. All in all, Gondya Ala Re promises to be a thrilling tale of India’s first revolution against the Britishers. Watch the trailer and tell us your comments below. Stay tuned for the release of the series on August 15!