What is this show all about? Find out by checking out the details inside! 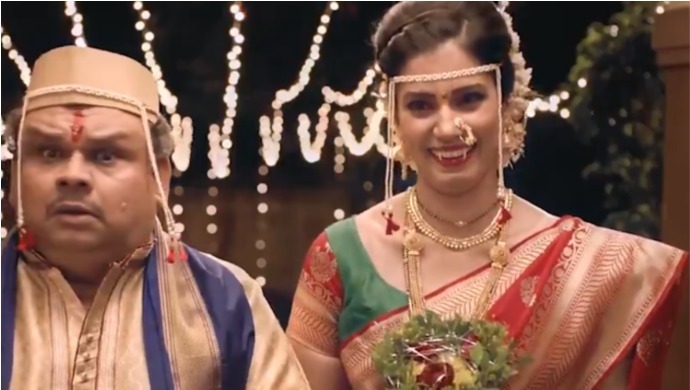 All Zee Marathi fans are in for a treat as a lot of brand new shows will be aired on the channel soon. The much awaited Agga Bai Sasubai starring Tejashri Pradhan, Girish Oak and Nivedita Saraf, saw its first episode on July 22. Next in line is Bhago Mohan Pyare, starring Atul Parchure and Sarita Mehendale Joshi. The serial is one of a kind as it tells the love story between a human and a poltergeist! Yes you read that right. Mohan (Atul) is a simple man who is smitten by a stunning lady (Sarita) that he comes across. Little does he know that she is far away from being a human!

The first official promo of the show has been released and you can see Mohan bringing home is wife. She receives a warm welcome but things take a drastic turn and Mohan and his family are terrified. What happens? Watch here.

Fans of the previous season must be super excited for this season. In the previous season, Jaago Mohan Pyare, the Atul Parchure played the role of a tailor and Supriya Pathare played his wife while Shruti Marathe played the role of a genie. In the first season, Mohan was shown to be dominated by his wife but things take a complete turn when Shruti’s character entered his life. Are you excited for the new season? Give a shoutout in the comments section below!

For more entertainment, catch all the episodes of Agga Bai Sasubai, streaming for free on ZEE5.