Ganesh Chaturthi 2019: All You Need To Know About This Festival And How It Started

The festival was started by freedom fighter Bal Gangadhar Tilak. More details inside! 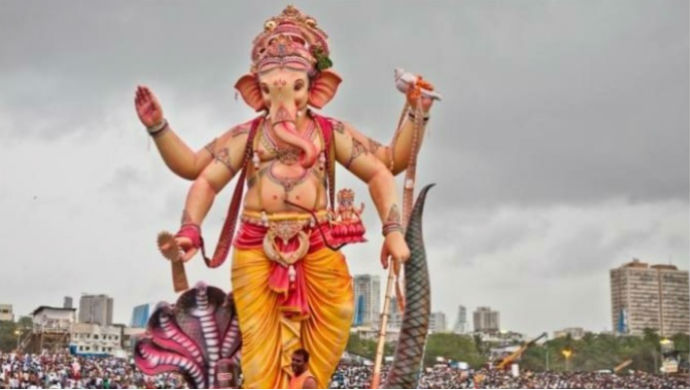 It’s that time of the year again when modaks will replace your poli bhaji, a Ganpati murti will be added to your puja room and your corridors will be alive with the chants of ‘Ganpati Bappa Morya!.’ Ganesh Chaturthi is a Hindu festival that celebrates the birth of Lord Ganesha. It is primarily celebrated in the Western and Southern part of the country. Most of us know the basics of the rituals that comprise Ganesh festival- Chaturthi marks the arrival of Lord Ganesha and he is bid a farewell on the day of Visarjan, which is the 10/11th day from the idol’s installation.

Watch the first episode of Gondya Ala Re here.

But some people choose to keep the idol for one and a half day, three days, five days and seven days. The aarti is conducted daily, once in the morning and one in the evening. A sweet called Modak is prepared, which is believed to be Lord Ganesha’s favourite food. You may be familiar with all these customs, but how much do you know about the history of this festival? For the uninitiated, Ganesh Festival was started in the 19th century by Indian freedom fighter Bal Gangadhar Tilak. The same has also been depicted in ZEE5’s recently released original Marathi series Gondya Ala Re, which you can watch above.

The festival was initiated by Tilak, for the public to meet one another, amidst the ban on Hindu gatherings by the Britishers. The festival became a major public and social event after Chhatrapati Maharaj Shivaji started giving it immense importance, post the Mughal era.

The first Ganesh Chaturthi was observed in Pune, during the reign of Shivaji. Earlier, Ganesh festival was celebrated as a private ceremony in people’s homes. But it became a public event when in 1892, Bhausaheb Laxman Javale installed the first sarvajanik idol in Pune. Later, Tilak worked towards making this initiative a yearly ritual where people could come and celebrate the festival together. The freedom fighter recognised Lord Ganesha as the one who ‘bridges the gap between brahmins and non- brahmins.’

The Visarjan ceremony of Lord Ganesha includes dipping the idol three times in water, before immersing it completely. This custom is celebrated widely and in a grand manner in Mumbai. The most famous Visarjan ceremony is that of the Lalbaugh Cha Raja that gets immersed at Girgaum Chowpatty every year. It is considered as the most auspicious idol , which gets visited by common man and celebrities alike.

Did you find this information useful? Tell us in the comments section below along with what you like the most about Ganesh Chaturthi. Catch all the episodes of Gondya Ala Re, streaming on ZEE5 here.

Happy Ganesh Chtaurthi guys! Here’s a collection of exclusive ZEE5 movies that you can enjoy to celebrate this auspicious festival.