From Discrimination To A Flawed Education System, 5 Issues Covered By Sex Drugs & Theatre

The original ZEE5 Marathi series sheds light on certain grave issues in the education system and we explore it at length. 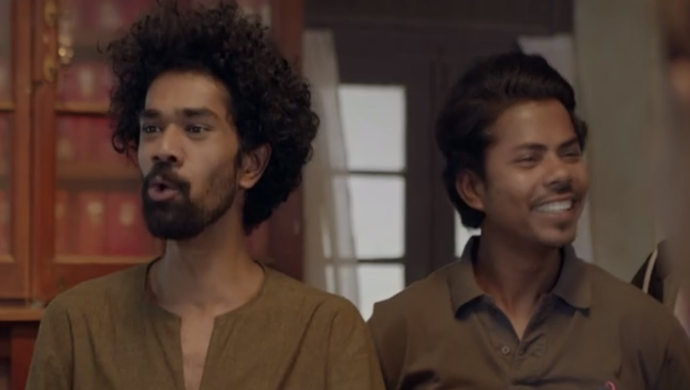 ZEE5’s original series Sex Drugs & Theatre has created a buzz owing to its bold and daring content. The series created by Sujay Dahake, stars actors such as Mitali Mayekar, Suyyash Zunzurke, Shalva Kinjawadekar, Sunik Barve, Abhishek Deshmukh among others and tells the story of six college students, who come together to participate in a play. They are coping with the death of their college mate Rohit, who commits suicide, and decide to tell his story through their play.

The series has been crafted and presented cleverly. Even though Sex Drugs & Theatre tells the story of Rohit and the discrimination that he was subjected to by his own college’s management, it passes a generic critique on the education system in India. Along with this, the series also sheds light on other grave issues that we all, especially the youth, grapple with on a daily basis. We explore these topics in detail.

Suicide caused by depression is unfortunately a common occurrence in India, especially among the youth. Most incidents of suicide are reported in scenarios involving pressure to perform well in studies. School and college students resort to extreme means, after failing to live up to their teachers’ and parents’ expectations. Many students don’t have the privilege of paying for higher education and succumb to the pressure of gaining scholarships. With Rohit’s background and suicide in the series, Sex Drugs & Theatre highlights the prevalence of high number of suicide cases, caused by depression and rejection.

Rohit hails from a poor background and is time and again made aware of it, by his college authorities. There are scenes in Sex Drugs & Theatre which depict how troubled he is after having faced discrimination. Differences on the basis of caste, creed and religion is a plague that spread in India centuries ago and hasn’t yet been eradicated. Sex Drugs & Theatre sheds light on this widespread practice in India, by giving us an example of Rohit.

In the series, Rohit is shown trying his his level best to nominate a friend from a backward class as head of the student council but, in vain. The management is adamant to keep Sanket, a politician’s son, as the head, despite him being less deserving than the candidate that Rohit bats for. Favouritism is an undesirable practice in all walks of life be it education, entertainment, politics, etc. and Sex Drugs & Theatre makes it a point to highlight this in a bold manner.

Practices such as bullying, sexual abuse, harassment etc. have been reported in educational universities and how authorities have failed to either be in the know or take swift action. A similar story is told in Sex Drugs & Theatre where Rohit’s depression goes unnoticed by authorities.  Instead, it is revealed by that despite his several attempts for justice, Rohit is snubbed and rejected, hence forcing him to take the extreme step of ending his life. When the management learns about Rohit’s suicide, they try their best to hide their shortcomings.

As suggested by its title, Sex Drugs & Theatre, the series also sheds light on drug addiction, which is rampant among the youth. The students are shown to be occasional pot smokers and consumers of ecstasy pills.

It’s not easy bringing forth social issues through a narrative. Kudos to Sex Drugs & Theatre for being able to do so, effortlessly. Catch all the episodes, streaming exclusively on ZEE5 and post your thoughts about the series in the comments section below.