Hardeek Joshi has some killer dancing skills that you should know about. More details inside! 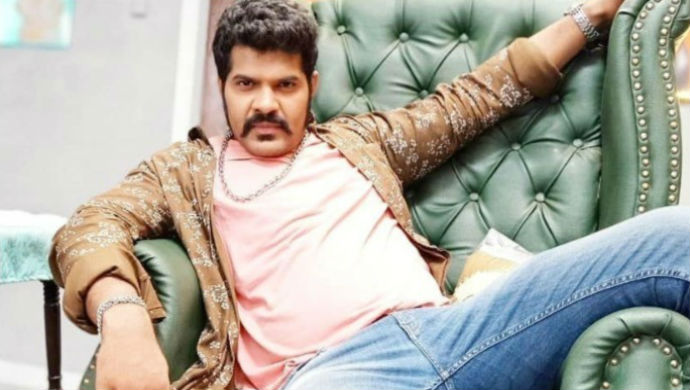 After Rana’s disappearance in Tuzhat Jeev Rangala, everyone assumed that it’s the character’s end in the popular Zee Marathi show. But Rana shocked everyone with his return and even more so, because he was no longer himself but a man called Raja Rajagonda! The character looks and behaves like Rajanikanth and fans are wondering whether it’s Rana pretending to be someone else, his lookalike or a man who has lost his memory. While that is revealed on the show, Raja has been entertaining fans with his antics.

A recent video shows Rana dancing away to glory and encouraging people to join him. Watch here.

You can also see off-screen bits from the video where the cast members are seen shaking a leg. Don’t miss Dhanashri Kadgaonkar’s moves! What do you think is Raja Rajgonda’s story? Do you think he’s Rana, who is pretending to be someone else to play smart? Do you think he and Anjali will reunite?

Post your comments in the section below. And if you’re feeling blue, watch this fun video again to cheer yourself up! Catch all the episodes of Tuzhat Jeev Rangala, streaming for free on ZEE5 here.

Gurunath To Get Humiliated In Public? Watch Mazhya Navryachi Bayko On ZEE5!