EXCLUSIVE: Why Did Shilpa Tulaskar Take Up The Role Of Rajanandini In Tula Pahate Re?

The actress will be seen as Vikrant's first wife Rajanandini on the show. 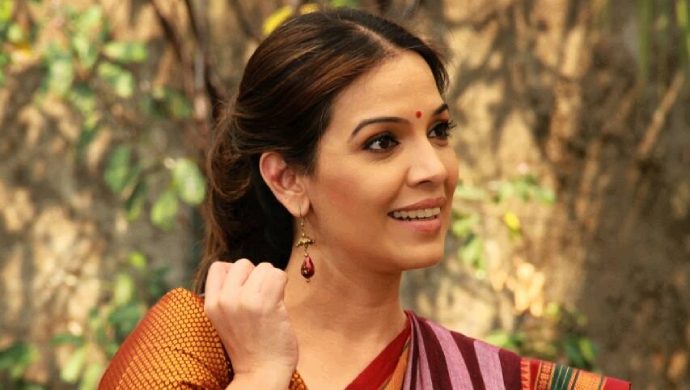 We all can mutually agree that Tula Pahate Re has come at an intriguing point. Isha is slowly losing her feelings for Vikrant who is falling in love with her. Clearly, as the tables have turned, Vikrant’s first wife Rajanandini is soon going to enter the show. We are going to see this much-hyped character take over the Saranjame house with her charm.

Before you proceed, check out Tula Pahate Re below:

We got a chance to speak to Shilpa Tulaskar who will be seen essaying this role. She confirmed that Rajanandini is going to be seen in a flashback. Obviously, as avid fans of Tula Pahate Re, we wanted to the answer to the most basic question. That is, what was her first reaction after reading the script, she said, “Firstly, I liked the idea of an older man and a younger woman. Going ahead, Aparna Ketkar (who is the producer of Tula Pahate Re) gave me a narration of the show as Rajanandini enters at an interesting point. It was important to me how my character contributes to the show.”

The actress also revealed that she had certain reservations about her character’s age matching Subodh’s. However, things became clearer when she came to know that her part is going to be in flashback. After hearing this, we are excited to see Shilpa and Subodh’s chemistry on the show.

So, are you excited to see Rajanandini’s secrets unfold on Tula Pahate Re? Give a shout out in the comments section below!

Swarajyarakshak Sambhaji's Yesubai Catches Up On Her Studies Amidst Shoot- View Pic!