The writer of the show who also plays Pandu in it, says that there was pressure to live up to expectations after the popularity of season 1. 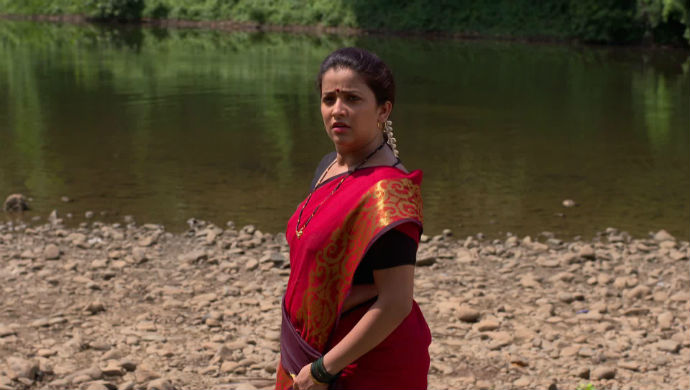 The first season of Zee Marathi’s popular horror show Ratris Khel Chale 2, became an instant hit. We were introduced to intriguing characters such as Anna, Datta, Mai among others and given a sneak peek of their lives, within the four walls of Konkan. RKC appealed to the masses because of its spine-chilling content and fans wanted more after the end of season 1. As a result, the makers decided to come up with season 2, nearly two years later. However doing the same was no piece of cake, suggests Pralhad Kudtarkar, who is the writer of the show as well as an actor who plays Pandu in the series.

In an exclusive chat with us, the writer-actor talked about creating season two and how it was a challenging task. “Because season 1 was so popular, there was pressure to live up to expectations for season 2. There was an element of horror in the first season and the challenge was to take it to the next level with season two,” says Pralhad. He adds that they decided to make a prequel to the show instead of a sequel.

“RKC is not just about horror but also about the relationships. Hence we were conflicted about whether to start season two from where he left off season 1. But instead of coming with a sequel, we decided to come up with a prequel because the audiences were already aware of the characters. They needed to know why the characters are the way they are in the show,” says the writer.

When asked about how he draws inspiration for writing the scenes in Ratris, Pralhad says that it’s the people of Konkan who help him out. “I keep listening to stories from the people that stay in Konkan, where we shoot. They keep telling interesting stories from around the village so I take notes on their rituals, customs etc. that I can use in my material for the show. The writer reveals that the show was conceptualized by the creative team of Zee Marathi and he was given the onus of penning down the scenes. Pralhad further adds that the popularity of the show is not just within Maharashtra but has reached other cities as well.

“One driver from Kolkata told me that his wife is fond of the show. RKC is a show that appeals to everyone because on one hand where you get horror, you also get comedy with Pandu’s character you get romance with Anna and Shevanta’s characters. Plus, every character has traits that are relatable. I’m often told that in most serials, the actors become celebrities and are viewed like that. But with RKC, people look at the characters as their own family members,” says Pralhad.

We agree with his take, do you? Tell us in the comments section below and stay tuned for the second part of the interview, here!

Will Anaji Pant Get Punished For His Crimes? Watch Swarajyarakshak Sambhaji On ZEE5!

Want To Restyle Your Paithani? Abhidnya Bhave's Wardrobe Hack Is Perfect For Weddings