EXCLUSIVE: It Was My Father’s Dream To See Me In Ratris Khel Chale, Says Apurva Nemlekar

The actress who plays Shevanta on Ratris Khel Chale 2, reminisces about her late father and how she wants a man just like him. 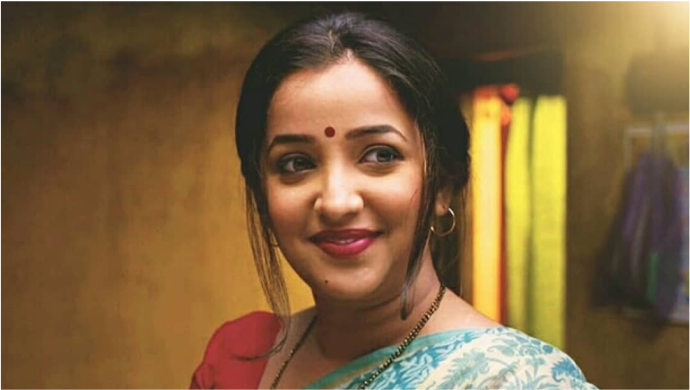 Apurva Nemlekar has become an overnight sensation, thanks to her character Shevanta on Ratris Khel Chale 2. Clad in cotton sarees, teamed with a loose bun and a big red bindi, the beauty has won hearts with her charming and mysterious personality. In an exclusive interview with ZEE5, the actress revealed that she was hesitant to take up Shevanta’s role initially. “I had recently lost my father and was in the zone of not wanting to work,” she said, adding, “We used to watch the first season of Ratris together and he told me that it’s his dream to see me on the show some day.”

Apurva has now become a household name as Shevanta. When asked whether shooting in the remote locations of Konkan, gets difficult, Apurva says that she doesn’t look at it that way. “When this opportunity came to me, I wanted to grab it. I owe all my success to my father as he wished to see me as a part of Ratris Khal Chale and I’m just fulfilling his dream. Hence, accepting the offer and being far away from home, seemed like a message from Dad,” she says.

Death changes everything ! Time changes nothing… I still miss the sound of your voice, The wisdom in your advice, The stories of your life and just being in your presence. So,No, time changes nothing. I miss you as much as I did the day you died. I miss you terribly paa… I need a hug ! I love u papa 😘

The actress is currently single but says that she is “ready to mingle.” Ask her about her ideal man and Apurva is quick to add that she wants a “replica of her father.” “My father was the epitome of what a man should be. He believed in me and always made me try new things. Above all, he was a gentleman and I am always in search for one myself.” Men, are you listening?

We salute the actress for being so positive and fulfilling her father’s dream. Post your thoughts about the actress in the comments section below and stay tuned for more exclusive bytes here!

Catch all the episodes of Ratris Khel Chale 2, streaming for free on zee5.

5 Reasons Why Dil Dosti Duniyadaari's Sujay Reminds Us Of Monica From F.R.I.E.N.D.S

Tula Pahate Re: Isha Faints After Vikrant Introduces Her To Rajanandini, Watch Video