The Agga Bai Sasubai actor says he "has fun" while playing the character. Read full interview inside! 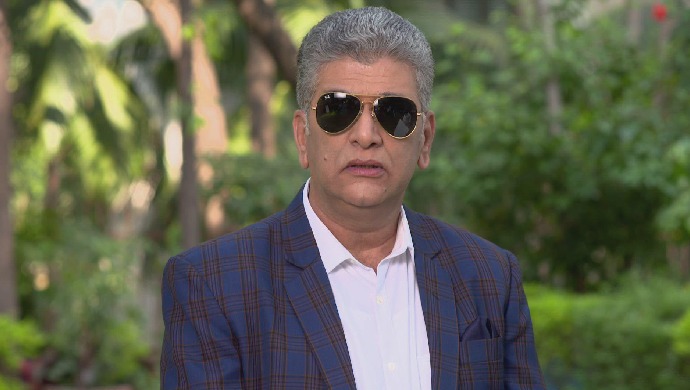 Girish Oak’s character Abhijeet Raje from Agga Bai Sasubai, has become a hit with the ladies and rightfully so. He is charming, intelligent, caring, and humble. In many ways, he has all the qualities that every woman desires in a man. But how much does Girish resonate with Abhijeet? In an exclusive interview with us, the actor opens up about the same and says that he’s as “passionate” as the character.

Watch an episode from the show here:

I’m as loving as him. I too respect women the way he does. I share a lot of his personality traits. I have a lot of fun playing this character and that’s visible, ” says Girish. Ask him his reaction when he first read the script and the actor says, “I couldn’t believe that I was the main hero of the serial, ” adding, “When I read the read script, I really liked it. In most serials, the story takes a long time to progress. But I felt the screenplay and the content was extremely crisp with this serial. My character was very different from the ones I have played in the past. So I came on board immediately. ”

Girish further talks about his preparation method for a role and reveals that for his character Abhijeet Raje, he had learnt culinary skills from two skilled chefs. “I take inspiration from all that is happening around me and that is a way in which humans function generally as well. I feel we keep learning and getting inspired by things on a daily basis. Sometimes we don’t realise our own capacity. You never know what role can come to you and from where you seek inspiration to perform. However for this role, there is a chef named Pavaskar and at the restaurant at which we shoot, there’s a person called Sandeep Patil, who have guided me. They took me to a hotel and showed me how the work is done in a kitchen. I was also explained some of the terms that chefs use during work. I was also given a tour of the departments and the kind of utensils that are used, ” says the actor.

Now that’s what we call dedication! What do you have to say about Girish’s viewpoints? Tell us in the comments section below and stay tuned for more updates!

Catch all the episodes of Agga Bai Sasubai, streaming for free on Zee5 here.

If You Have Enjoyed Watching Kahaani, Then, Check Out Its Sequel On ZEE5!

Vote: Sambhaji, Gurunath, Rana, Madan Or Alankar - Whose Stubble Do You Like The Most?