Exclusive: I Have Always Felt Like An Outsider, Says Hutatma Actress Anjali Patil

The actress who plays Vidyut in the ZEE5 original series says that she visits Mumbai only for work and doesn't feel a sense of competition. 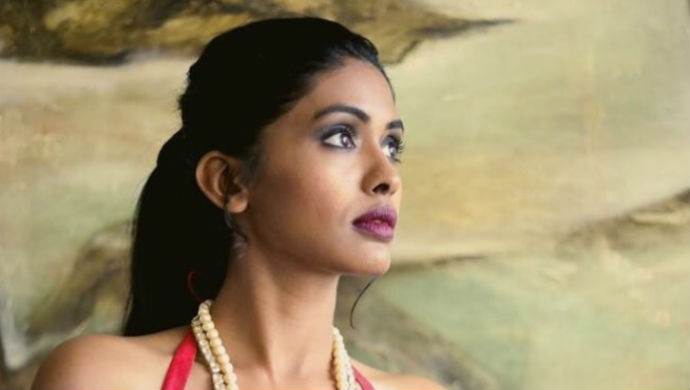 ZEE5’s original Marathi series Hutatma has finally released and features Anjali Patil as the lead character Vidyut. The series tells the story of the Samyukta movement that led to the creation of Maharashtra, through Vidyut’s personal journey of seeking revenge for her father’s tragic death. In an exclusive chat with us, the actress says that working on a web series was a more “enriching” experience for her as opposed to films. “Story wise, you have enough time to carve out details of your character. It was a very different atmosphere,” she says adding that now, she is slightly anxious going back to a film set considering that things are wrapped up at a quicker pace.

Ask her whether it was challenging to a play character in a historic series, Anjali began her answer by revealing that her grandparents were involved in the Samyukta movement. “There was already a personal connection to the show and I was very excited to be a part of it. Each and every character is written in detail and that is the most important thing in script writing. As a writer and director myself, it becomes a privilege to work in a set up like this,” she says.

The conversation switches to Anjali’s personal take on competition and whether she gets bogged down by the pressure to be a certain way, since she’s a public figure. “The way I look at my career and success is very different. I don’t feel any competition or anything that would put me under pressure. I have always felt like an outsider; I come, I do my work for 3-4 months and I take off. I don’t live in the city,” says the actress.

She goes on to talk about how she doesn’t let her work dictate her personal life. “I always take public transport. I travel by Virar fast and that’s a running joke on every set I go. I feel public transport is the most comfortable way to reach anywhere. I won’t let money or the job I do, dictate my life. When I sit by the road side drinking my tea or having paani puri, people are happy looking at me and they say ‘we love your work,'” reveals Anjali.

Now that’s what we call simplicity! Watch Hutatma and tell us what you think about the series in the comments section below.

Catch all the episodes of Hutatma exclusively on ZEE5.

Did You Know? Young Jaydeep In Tula Pahate Re Is Being Played By Subodh Bhave's Son!