The Agga Bai Sasubai star opens up about playing Shubhra, her equation with Aashutosh Patki and how she deals with social media trolls. 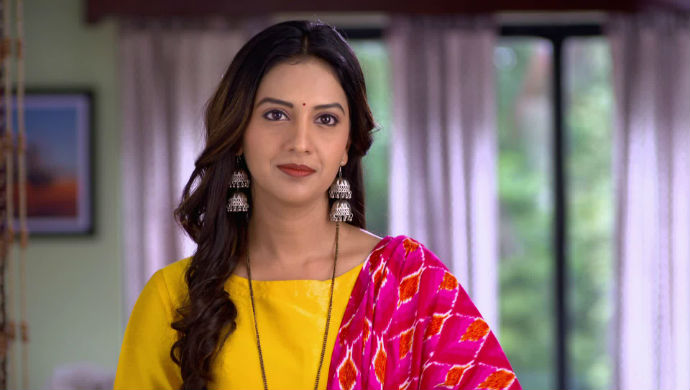 Unlike most on-screen bahus that sport traditional wear, and obey their in-laws with no questions asked, Agga Bai Sasubai’s Shubhra is different and unique in every way. She keeps her style game on point with trendy boho-ethnic outfits teamed with heavy silver jhumkas. Shubhra also questions regressive thinking and age-old traditions, that her-mother in law Asawari, at times, is subjected to. She is a breath of fresh air with her progressive mindset and gutsy attitude. Shubhra isn’t afraid to call a spade a spade and is the new-age bahu, here to make difference.

The character is played by popular Marathi actress Tejashri Pradhan, who in an exclusive chat with us, reveals that she  very much relates to Shubhra. “In fact, I think all girls of today will be able to relate to the character. I have played a daughter-in-law on-screen before and those were all characters where I was seen going according to what my in-laws desired, not questioning them at all and being obedient. Therefore Shubhra for me was special as she came across as realistic. The girls of today question more and ask for justification and explanations when they are asked to do something. They don’t blindly follow something, they want a reason behind it.  And I feel most girls will be able to relate to Shubhra because of that, as she seeks answers,” says the actress.

Ask her the kind of equation she shares with her co-star Aashutosh Patki, who plays her husband Soham in the show and she says, “Ashutosh and I are best buddies,” adding, “If I speak of his character on-screen then yes, he is shown as a self-centered man, spoiled by his mother Asawari. But I can say that he is nothing like his role in real life as he takes immense care of his parents (laughs).”

And what’s her approach towards people who behave bratty in real life around her? “There are always people around that have been pampered by their parents immensely. Soham is shown that way too but as an audience we also need to accept that this is a fiction show and things are obviously more exaggerated as opposed to how things are in real life. I too have people like Soham in real life and I tell them if I don’t like their behavior. But I feel we can only tell someone that we don’t like their behavior. We can’t change it or expect them to behave the way we want them to,” says Tejashri.

Some fans tend to cross the line on social media too and troll actors for various reasons. Ask Tejashri how she deals with them, and she says, “Social media is a platform which has become very vast today,” adding, “So anyone can now write whatever they want. If I come across negative comments regarding me, or anyone close to me, all I do is visit that person’s profile and block them. I have huge friends and followers list and a block list as well (laughs),”

Now that’s a clever trick right? Tell us what you think about Tejashri’s views in the comments section below and stay tuned for more exclusive bytes from her!